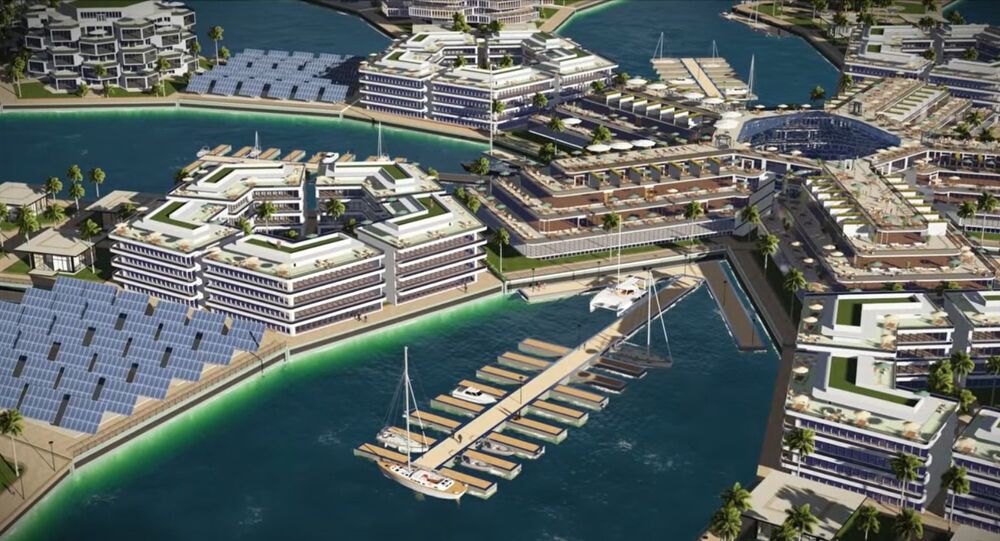 World’s First: Floating City to Be Built in the Pacific

A California-based research company has signed an agreement with the French Polynesian government to construct the world’s first floating city in the southern Pacific. For five years the Seasteading Institute has been developing ways to build "permanent, innovative communities floating at sea."

The French Polynesian government signed a memorandum of understanding with the US group as the state is facing rising sea levels. Studies are planned to discern how the project will impact the economy and the environment, along with an evaluation of the floating city’s legal implications.

"What we're interested in is societal choice and having a location where we can try things that haven't been tried before." said Randolph Hencken, Seasteading’s executive director.

He told Pacific Beat, "I don't think it will be that dramatically radical in the first renditions…We were looking for sheltered waters, we don't want to be out in the open ocean — it's technologically possible but economically outrageous to afford…If we can be behind a reef break, then we can design floating platforms that are sufficient for those waters at an affordable cost."

Hencken believes that ultimately the 118-island floating city will benefit the Polynesian government, saying, "We are confident there will be both a direct and an indirect benefit for them economically. He added that the city would be considered under the governmental authority of French Polynesia and France.

"They are a tourist-based economy and they're excited to bring us in because we are a technology-based idea."

Once initial impact studies are complete, the Institute hopes that preliminary legislation can be drafted this year, with 2019 being the projected date to begin construction.

"Currently, the high cost of open ocean engineering serves as a large barrier to entry, and hinders entrepreneurship in international waters," according to the institute’s website. "This has led us to look for cost-reducing solutions within the territorial waters of a host nation, while still remaining dedicated to the goal of obtaining political autonomy for governmental experiments… [This project] will hopefully spawn many more experiments with floating cities around the world, including those further offshore, and under different legal arrangements."

Mencken told BBC, "I'm confident it'll happen but there are a lot of moving parts."