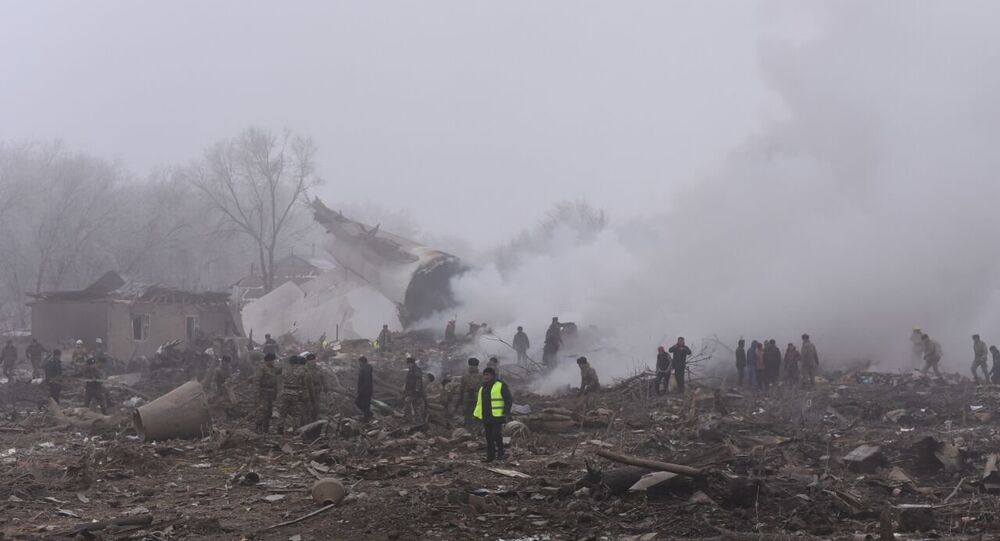 The Kyrgyz vice-president confirmed earlier media reports that a black box of a Turkish cargo plane that had crashed earlier in the day was found.

© Sputnik / Tabyldy Kadyrbekov
What is Known So Far About Deadly Turkish Cargo Plane Crash in Kyrgyzstan
A Turkish Boeing cargo plane, operated by ACT Airlines, crashed while en route from Hong Kong to Istanbul Monday into homes near Manas airport close to the Kyrgyz capital, Bishkek, where it was supposed to make a stopover.

The search and rescue operation at the crash site has been almost completed, Vice-President Mukhammetkaly Abulgaziyev said.

"We have conducted search in almost the entire territory, only large parts of the plane's fuselage are left. The black box of the plane has been found," the official said.

He added that 32 people are dead, 28 of them are Kyrgyz nationals and 4 are members of the plane's crew.

Earlier in the day it was reported that at least 31 bodies and nine body parts have been uncovered at the crash site.