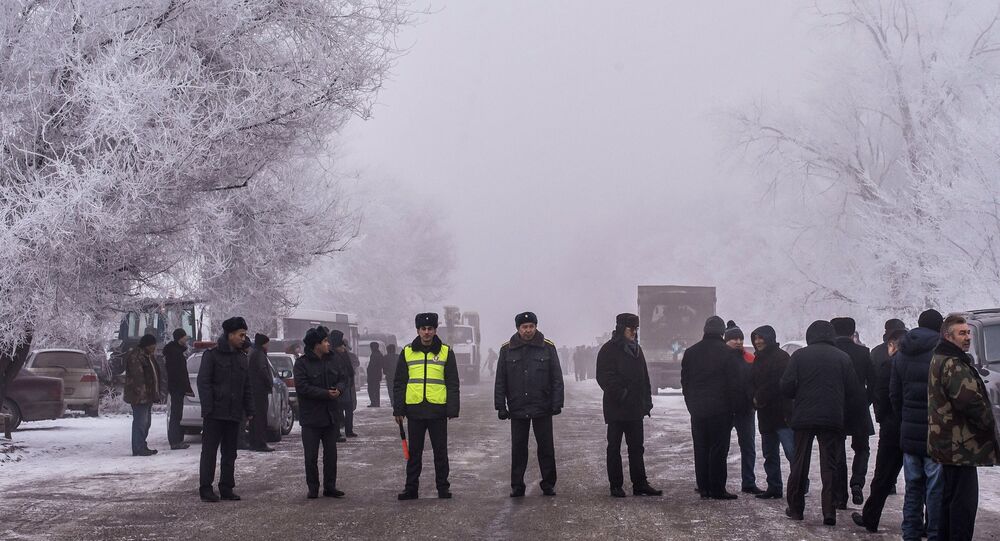 © Sputnik / Tabyldy Kadyrbekov
Up to 31 Bodies, 9 Body Parts Found at Turkish Plane Crash Site in Bishkek (PHOTO, VIDEO)
BISHKEK (Sputnik) — Kyrgyzstan’s transport prosecutors launched a criminal investigation on Monday into the crash of a Turkish cargo jet that killed dozens of people on board and on the ground.

"The Kyrgyz transport prosecutor’s office launched a criminal investigation on Jan 16, 2017 into the crash of a plane … flying to Istanbul from Hong Kong via Bishkek on suspicion of a violation of Par. 3 Art. 280 of the national criminal code (violation of air traffic safety and aircraft operation rules that has led to the loss of lives)," the prosecutor’s office said in a statement.

The Boeing 747, operated by ACT Airlines, crashed into homes near Manas airport close to the Kyrgyz capital, Bishkek, where it was supposed to make a stopover. The Kyrgyz authorities said up to 37 people had died. The Kyrgyz president ordered a thorough probe into the tragedy, which has been reportedly blamed on dense fog.
...
Reddit
Google+
Blogger
Pinterest
StumbleUpon
Telegram
WhatsApp
57
Topic:
Turkish Cargo Plane Crash in Bishkek (20)