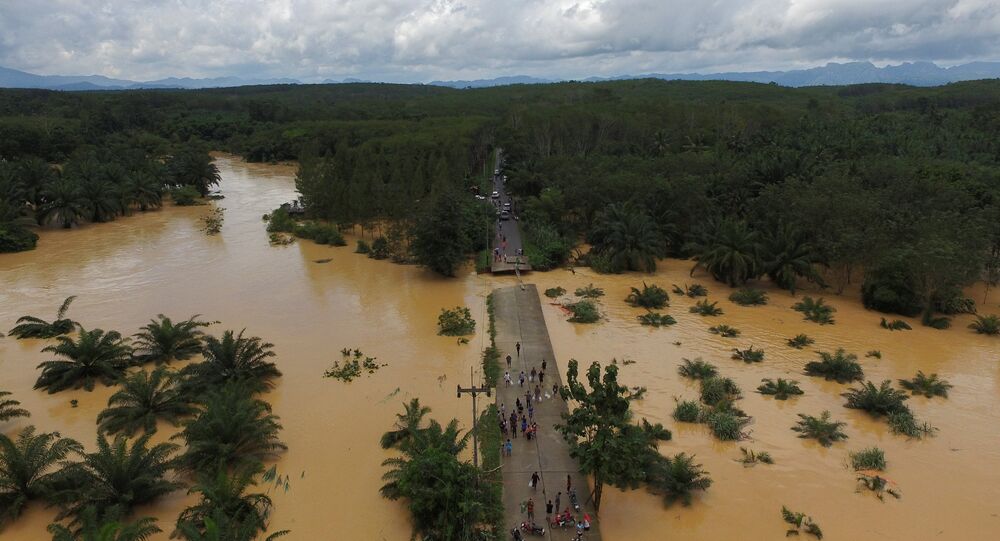 Thailand PM has instructed the southern Thai provinces' officials to be ready for new probable floods due to heavy rains, a government spokesman said Monday.

© AP Photo
US Assault on Mosul Threatens to Flood Europe With Terrorists
BANGKOK (Sputnik) — Prime Minister of Thailand Prayut Chan-o-cha has instructed the governors of the southern Thai provinces, as well as emergency services, to be ready for new probable floods triggered by heavy rains, expected to pummel the country on from Monday till Wednesday, a government spokesman said Monday.

Lt. Gen. Sansern Kaewkamnerd announced the information in a daily governmental TV program, which is broadcast simultaneously by all television channels in Thailand.

Kaewkamnerd stressed that the heavy rains were in particular expected in the tourist zones of Phuket and Krabi, where the likelihood of flooding is rather high.

Abnormal for this time of year rains hit the southern provinces of Thailand just after the New Year's. The rains led to flooding in 12 out of 77 provinces of the country. According to the latest data of the Thai Ministry of Interior, at least 41 people were killed and two people are missing.

The material damage caused by floods amounts for some $600 million. The government said it would provide compensations in cases of deaths and severe damages to homes.