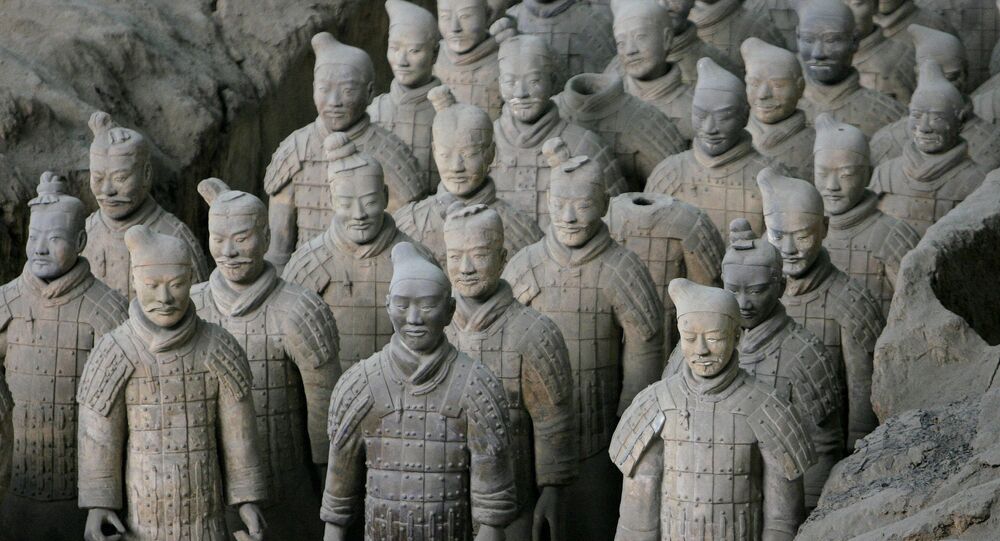 A museum in China is demanding the return of two sculptures of horses it says were sold illegally overseas and put on display at a University of Pennsylvania museum.

The Zhaoling Museum made the request January 11 over the WeChat messaging service, China Daily reports. It wants the horse reliefs at the University of Pennsylvania Museum of Archaeology and Anthropology (Penn Museum) returned so they can be united with four sister sculptures to make the set complete again.

The Zhaoling Liujun is the name of the set of six carvings of horses thought to have been the favorites of Tang Dynasty Emperor Taizong. The horse carvings were placed as a set at the gate of the emperor's tomb, according to China Daily.

According to the Penn Museum, "The realistic depiction and exquisite carving techniques of these stone reliefs earn them a unique place in Chinese art and sculptural history. They bear exceptional historical significance as personal relics of one of the greatest Chinese sovereigns."

The Penn Museum website explains that the horse reliefs stood at the emperor's tomb for 1,200 years before being removed between 1913 and 1917. Four remain in China at the Beilin Museum in Xi'an. "The other two were sold and came to the Penn Museum as a loan in 1918. They were later purchased by Eldridge R. Johnson who donated them to the museum in 1921," the museum website says.

The China.org website, citing archives from the Shanghai Museum, says the Penn Museum horses were sold for $125,000 to the then-director of Penn Museum by the antiques smuggler Lu Qinzhai, who ordered them to be taken from the emperor's tomb.

© AFP 2021 / Alex Ogle
Dominating the Skies: China Surpasses US in Number of Skyscrapers

"We believe it is most reasonable for the two horses to be returned to China from the Penn Museum… The University of Pennsylvania has long been dedicated to global cultural heritage protection. We hope that the Penn Museum can reach a consensus with China on this issue and make a greater contribution to the protection of the common cultural heritage of human beings," the Zhaoling Museum's request read, according to China Daily.

China.org cites a firmer passage: "The Penn Museum should not have purchased the two horses, which were obviously excavated after deliberate sabotage that created damage on the [sculptures'] surface. We hereby demand that Penn Museum negotiate a plan to reunite the six horses."