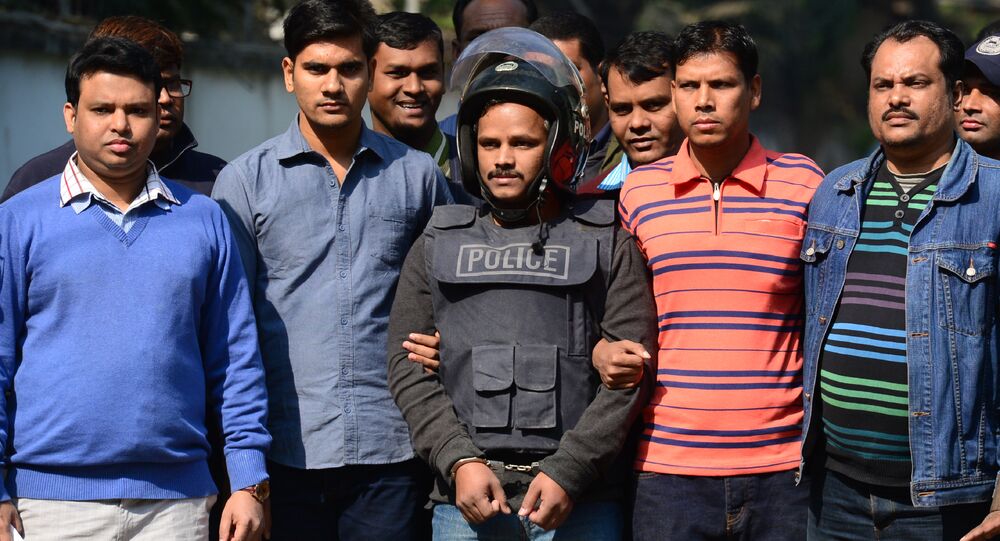 Jahangir Alam, the alleged organizer of the July 1 terrorist attack in Dhaka, was detained by Bangladeshi police, according to media reports.

MOSCOW (Sputnik) — Another suspected organizer of the July attack on a cafe in Dhaka was detained by Bangladeshi police, media reported Saturday.

According to the bdnews24 media outlet, Jahangir Alam, the alleged organizer of the July 1 attack in Dhaka, was detained on Friday evening. He is also known as Rajib Gandhi, one of the heads of the banned jihadist group Jamaat-ul-Mujahideen Bangladesh (JMB).

© AP Photo /
Bangladeshi Police Kill Dhaka Cafe Attack Suspect, Accomplice
On July 1, 2016, Islamist militants took hostages inside a cafe located in Dhaka's diplomatic quarter. A total of 22 people had been killed by the hostage takers before the Bangladeshi security forces began their operation to free the people.

JBM is a Bangladesh-based radical Islamist group, which also operates in the north-east of India. It was organized in 1998 in Palampur by Shaikh Abdur Rahman. On August 17, 2005, JBM exploded about 500 bombs at nearly 300 locations across the country within a campaign to establish a Sharia law. In 2005, radical group was officially banned, six of its leaders, including Rahman were arrested.