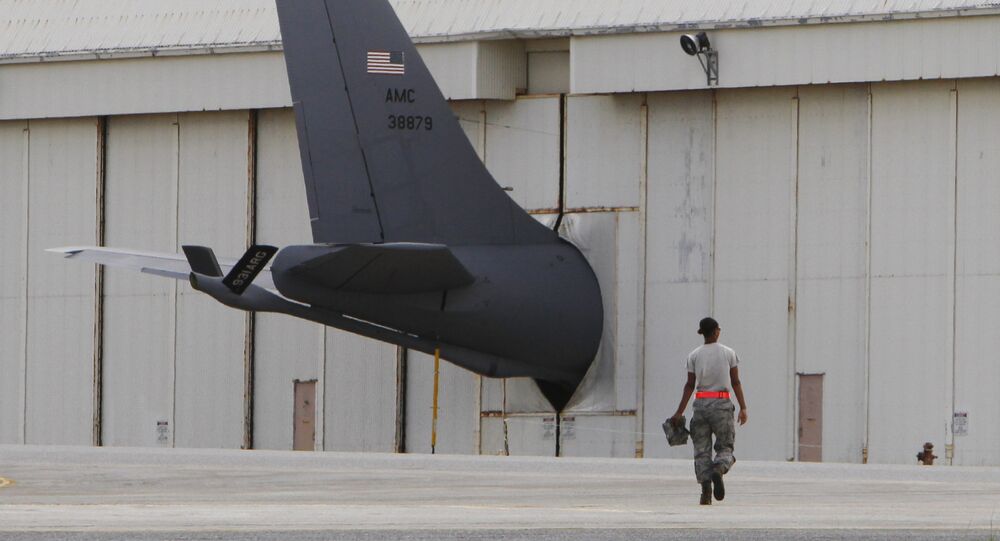 Okinawan Separatists Might Get 'Chinese Protectorate' Instead of Independence

China might be supporting independence and protest movements in Okinawa in the hope of driving US naval bases from the island. However, if Okinawa really obtained independence from Japan, its future as a Chinese protectorate would not differ much from its present one under Japanese suzerainty.

Chinese special services are trying to establish contact with the members of Okinawa independence movement, Bloomberg reported at the end of December 2016, citing Japan’s Public Security Intelligence Agency. The Chinese Ministry of Foreign Affairs has refused to comment on the issue.

Okinawa's independence movement (or the Ryukyu independence movement), is a movement for the independence of Okinawa and the surrounding Ryukyu Islands from Japan, which emerged in 1945 after the end of World War II. The most active of its members stand for the restoration of the Ryukyu Kingdom, which was a tributary state of China in East Asia from late 14th century until 1879, when the Kingdom fell and was annexed by the Empire of Japan, then transformed into Okinawa Prefecture.

According to some sources, at least one third of Okinawa’s indigenous residents support the idea of independence. While these reports are unconfirmed, the fact that most of the Okinawans oppose US military bases goes without question.

And that is where the interests of Okinawan people and Chinese officials meet, Sputnik Japan’s columnist Dmitry Verkhoturov wrote.

US military bases, which cover about 17% of Okinawa’s territory, almost block the Chinese navy from entering the Pacific Ocean through the East China Sea. Every passage of the Chinese fleet, including recent aircraft carrier Liaoning cruise, is within the crosshairs of US servicemen stationed nearby.

“In the future, when the Chinese fleet is modernized and reinforced, they might be able to conduct combat operations in these waters, but US military groups in Okinawa will always be a deterrent,” Verkhoturov believes.

For that reason, the columnist assumed that China profits from Okinawan protest movement against US military bases on the island.

In December 2016, the Governor of Okinawa Takeshi Onaga retracted a decision preventing the United States from moving its air base. This was shortly after the island's national government won a lawsuit against the state, forcing the latter to allow the US air base Futenma to be moved to Henoko Bay. Thousands of residents continue to take part in rallies, saying that base’s relocation only transfers the burden.

“The protests are so intense that there is a probability that one day the movement will achieve at least some of its goals,” the columnist wrote.

“Secondly, Okinawan separatists can serve Chinese intelligence by spying on activities at US bases and collecting information,” he added.

Reports about the separatists’ preparations for terrorist attacks and guerilla warfare were published as early as in 2013, thus Chinese intelligence might reckon on them if the situation on the island becomes more desperate, Verkhoturov wrote. He expects that independence movement activists might sabotage US bases or help Chinese troops land.

However, Verkhoturov urged that Japan and the USA will not just let the island go, and some strong, powerful argument would be needed if the separatists really reached independence.

“Okinawa is not able to build its own army and fleet, so there is nothing else left for it but to rely on the support of Chinese troops,” the expert said. He also stressed that Okinawa is not self-sustaining economically.

For that reason, if it really got the independence from Japan, it would fall under full control of China, and it status will not differ much from those of Chinese autonomous regions.

“It will be nothing but a Chinese protectorate. The only thing that will really change for the Okinawans is that above military bases they will see red flags with five stars, not striped flags with 50 stars,” Verkhoturov wrote.

Blue Chromite in Japan: How the USA is Bracing for Naval Base Seizures