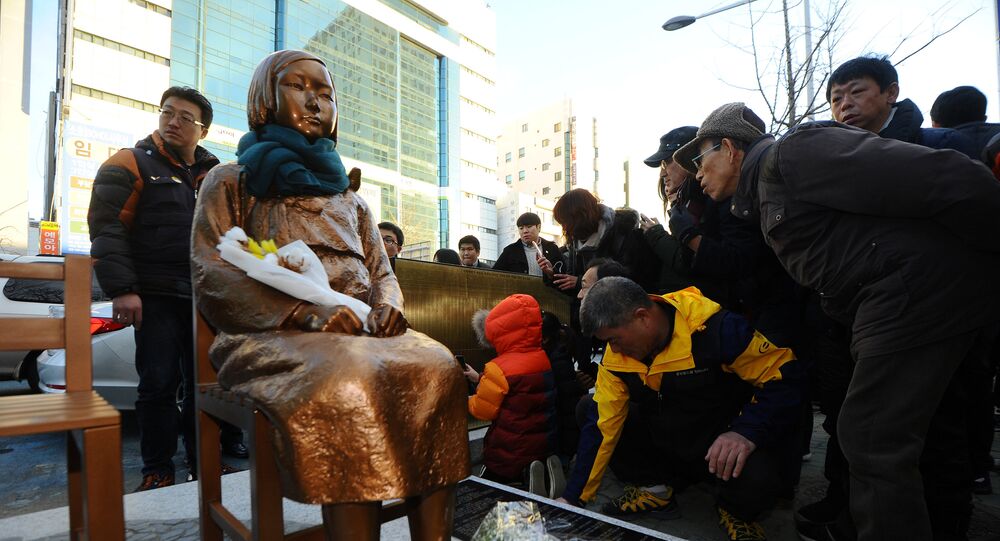 A monument, dedicated to the so-called WWII comfort women, should not stay in front of the Japanese General Consulate in the city of Busan, and should instead be placed somewhere else, South Korean Foreign Minister Yun Byung-se said Friday.

“In the international community, it is generally considered undesirable to establish certain facilities or sculptures in front of diplomatic and consulate offices," Yun said, as quoted by the Yonhap news agency.

At the same time, he added that the Japanese government did not oppose the erection of the statue in general but it was necessary to get more opinions regarding where it should have been placed.

Japan recalled on January 6 its ambassador and consul general from South Korea for consultations and halted currency swap talks.

In December, 2015, a South Korean non-profit foundation was set up as a result of an agreement between Seoul and Tokyo, under which the Japanese government poured 1 billion yen ($9.61 million) into the South Korean foundation to care for the surviving comfort women and their families.