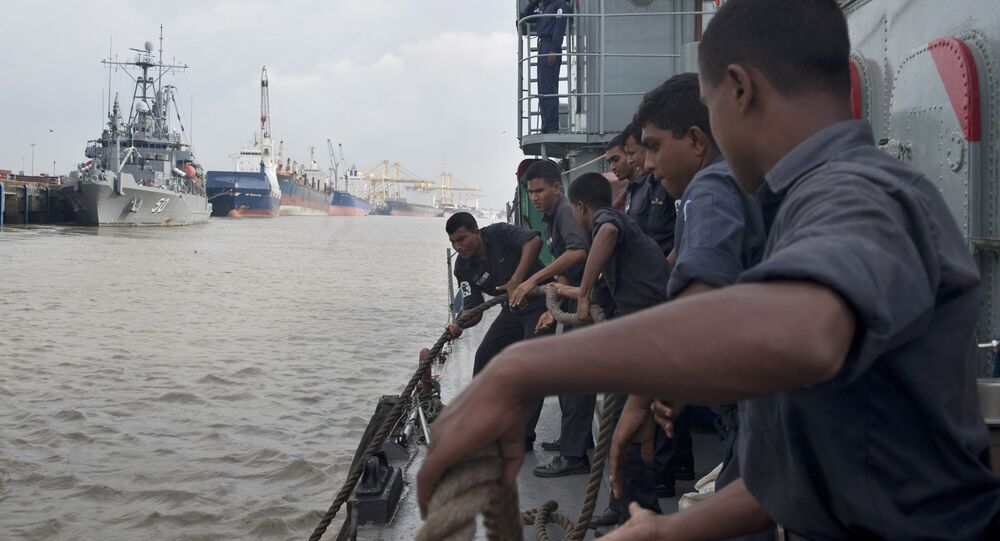 India’s offer to train Bangladeshis in the nuances of handling submarines could signal three-way cooperation instead of hostility in the Bay of Bengal. This is because the submarines are of Chinese origin.

New Delhi (Sputnik) — India and China continue to compete for the affections of Bangladesh in the naval realm. After Dhaka bought two refurbished submarines from Beijing last year, India has offered to train its sailors to operate them. New Delhi wants to host the Bangladesh submarine crew at three of its schools: the Submarine Training School, the Escape Training School and the School of Advanced Undersea Warfare.

© AFP 2021 / PRAKASH SINGH
India-China Trade Ties at Risk if Strategic Tensions Continue
India's overtures with Bangladesh Navy are being seen as part of an attempt to leverage capacity-building cooperation in the region. This would counter-balance China's emergence as a key player in Bangladesh Navy's modernization.

In 2016, two Chinese Type 056 corvettes joined the Bangladesh Navy and two more are on order. China has also delivered two 648 ton Durjoy-class patrol craft to Bangladesh. Six more are under construction at Bangladesh's Khulna Shipyard which is also building patrol vessels in collaboration with China Shipbuilding Industry Corporation. Dhaka has plans to build warships in the Chittagong dry dock in future, once again with Chinese assistance.

Bangladesh needs to expand its navy to guard an exclusive economic zone (EEZ) of 1.1 million square kilometers, equal to its landmass. Dhaka gained maritime territory from Myanmar and India in arbitration settlements in 2012 and 2014, respectively.

India to Station Special Ops Aircraft on Border With China