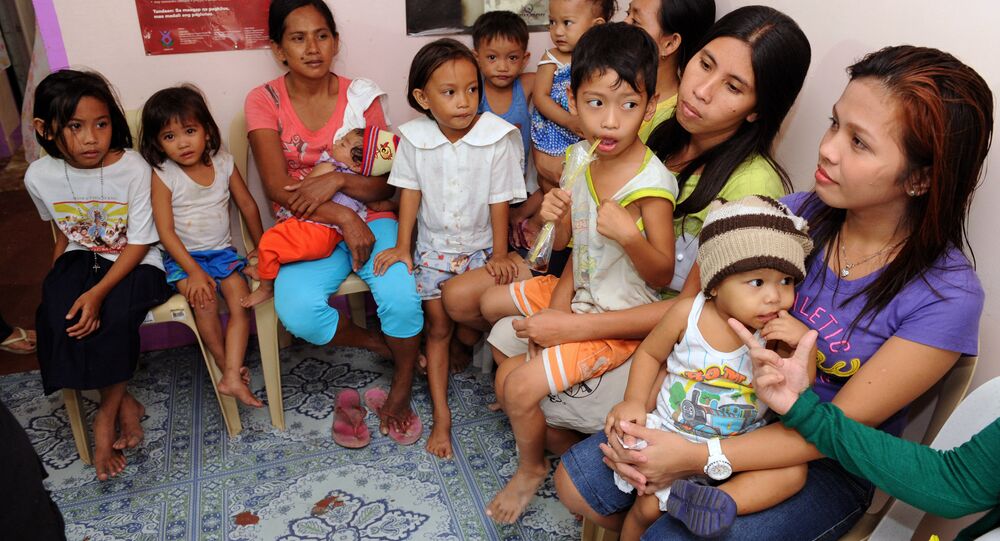 Philippines President Rodrigo Duterte has ordered six million women to be given the pill to cut unwanted pregnancies and poverty in the country.

Duterte's administration has identified two million out of six million women too poor to put family planning into practice and in direct opposition to the Roman Catholic Church, the dominant religion in the Philippines, the president has ordered government officials to implement the contraception plan.

The government's target is to cut the poverty rate from 21.6 percent in 2015 to 13 percent by the end of Duterte's presidential term in 2022. By 2018, the two million women who are too poor to have proper access to family planning methods will be able to access contraception.

Less than 40% of the women of reproductive age in the Philippines use modern forms of #contraception. #RHLaw #NatFPConference

​Teenage pregnancy rates have been growing in the Philippines in the past two decades, according to the UN Population Fund, contrary to other countries in the region.

However in 2015, the Supreme Court put a restraining order on the distribution of the contraceptive implant and put all other contraceptive licenses on hold.

Duterte's government has appealed for the temporary restraining order to be lifted.

An anti-abortion mural in the Philippines. #prochoice #prolife #Philippines pic.twitter.com/gVlZzbsaca

​"The government cannot continue to tolerate this delay in judgement because time is of the essence as far as the implementation of the Responsible Parenthood and Reproductive Health Law is concerned," Pernia said.

The population of the Philippines now stands at 104 million — but if Duterte's plan to combat poverty by thwarting pregnancy works, it may be reduced to 1.4 percent by 2022.