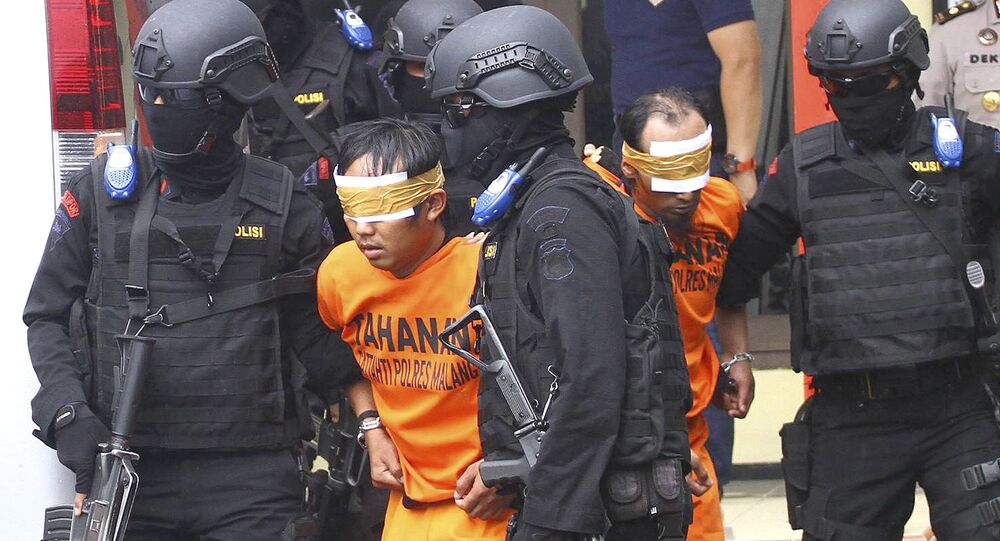 Eight Indonesians have been deported from Malaysia over their alleged possession of Daesh extremist group-related imagery on their cellphones, the Indonesian Foreign Ministry citizen's protection director Lalu Muhammad Iqbal confirmed.

© Sputnik / Andrey Stenin
Two Daesh-Linked Terror Suspects Arrested in Indonesia
MOSCOW (Sputnik) – According to media reports, the eight, who are students from Indonesia's West Sumatra province, were stopped by Singapore’s Immigration Checkpoint Authority (ICA) at the Woodlands Checkpoint on Tuesday.

"They were then sent back to Indonesia through Batam and are now in the custody of Riau provincial police," Iqbal said on Wednesday, as quoted by Xinhua news agency.

He added that, following an investigation, Malaysian authorities concluded that the images were unintentionally saved.

In the past several years the terrorist threat levels in Indonesia increased as local militant groups swore allegiance to the Daesh terrorist group, outlawed in Russia and other countries.

Indonesia and Malaysia are the two most-populated Muslim-majority countries in Southeast Asia.