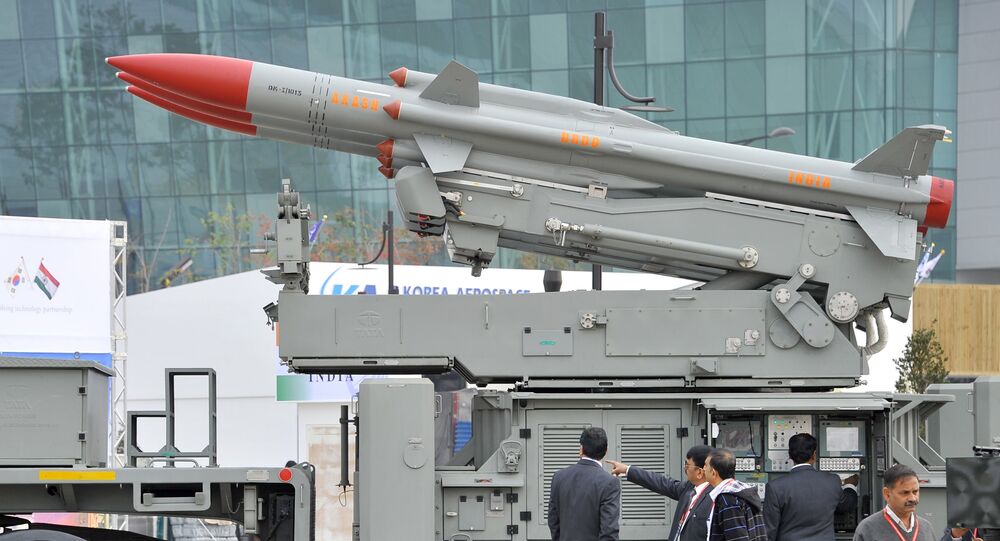 India is an old friend of Vietnam and both don't subscribe to China's claim in the South China Sea. That is the reason for raised eyebrows over India's offer to supply missiles to Vietnam.

New Delhi (Sputnik) — India has offered to supply indigenously developed Akash missile to Vietnam at a time when both countries are talking of China's growing assertiveness in the Asia-Pacific region.

© Photo : Youtube/DefenseNewsX
India to Test Nuclear-Capable Submarine-Launched Ballistic Missile
In fact, India has been helping Vietnam's defence modernization when it is trying in confrontation with China on the South China Sea issue. It recently underwrote the costs of four patrol boats that it will build especially for Vietnam.

Akash is a medium range air-to-air missile system developed by India's Defense Research and Development Organization (DRDO). Akash has the capacity to destroy targets up to 30 km away.

Initially, India will supply the missiles off-the-shelf to Vietnam and could later into a joint production arrangement.

"It's a part of India-Vietnam defense cooperation. Supplying of Akash missiles by India to Vietnam is very small in caparison to what China had supplied to Pakistan. But it's a beginning," Srikant Kondapalli, Professor of Chinese Studies in Jawahar Lal University in New Delhi told Sputnik.