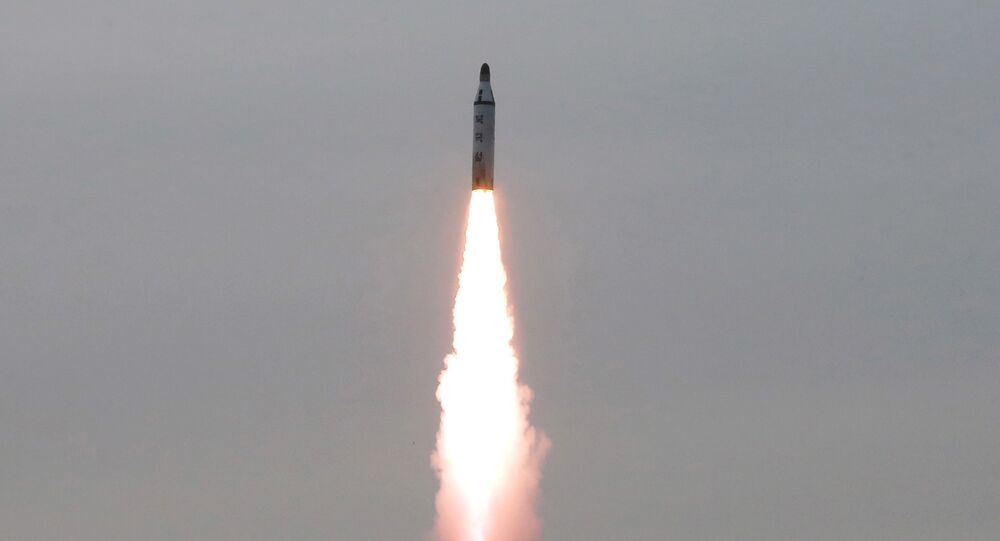 Pentagon Chief Carter on North Korean Ballistic Missile: We Would Shoot It Down

The Pentagon chief has pledged to shoot down a North Korean ballistic missile in case it is launched at the United States or its allies.

MOSCOW (Sputnik) – The United States is ready to shoot down a North Korean ballistic missile in case it is coming in the direction of the country's territory or the territory of its allies, US Secretary of Defense Ash Carter said Sunday.

"We’re ready to defend the Korean peninsula and defend our friends and interests there… If it was threatening to us or one of our friends or allies, yes, we would shoot it down," he said during an NBC channel’s show, answering a question whether the United States were prepared to intercept a North Korean missile launch or test.

"We try to stay ahead of that and we are staying ahead of that with our missile defenses to make sure we've upgraded their number, their type, so that we're sure we can defend ourselves," Carter said.

North Korea's nuclear tests have been the source of concern for its close neighbors, Japan and South Korea, and have been criticized by different other states and organizations around the world. In 2016, the UN Security Council held nine emergency consultations in response to Pyongyang’s nuclear test and ballistic missile launches.