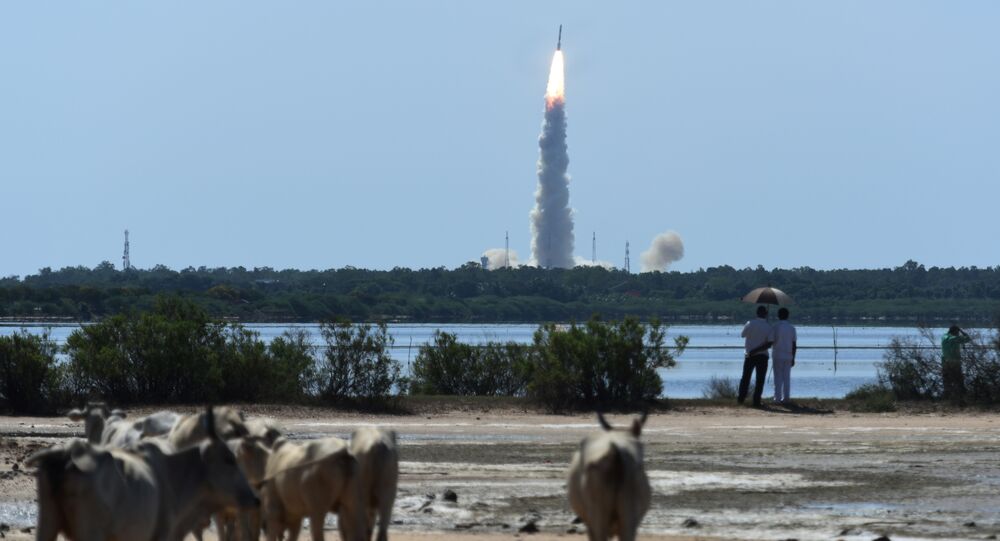 ISRO to Launch 103 Satellites in One Shot

After launching the cheapest mission to the moon, ISRO is trying to capitalize on its cost-effective satellite launches. ISRO charges about $30 million for a launch which is a fraction of the price charged by other space agencies.

© AP Photo / Aijaz Rahi
India’s Space Program Makes Steady Gains
New Delhi (Sputnik) – Indian Space Research Organization (ISRO) has decided to launch 103 satellites in a single mission in February with the hope that the resultant publicity will give it a bigger slice of the world's $5.4 billion satellite launch market.

"We are making a century by launching over 100 satellites at one go. There will be 100 micro-small satellites, which will be launched using a PSLV. The weight of the payload will be 1,350 kgs, of which 500-600 kgs will be the satellite's weight," said S. Somnath, Director of ISRO's Liquid Propulsion Systems Centre.

Sources told Sputnik that the international customers from Germany, Israel, Kazakhstan, the Netherlands, Switzerland and the US have contacted Antrix for activities related to mission studies, satellite interface analysis and several other technical/ programmatic aspects. Earlier, ISRO had planned a launch of 83 satellites in January but the interest shown by several other customers persuaded to change the launch configuration and the date.

As on date, ISRO has successfully launched 79 satellites from 21 countries on-board the PSLV. Among the major foreign companies whose satellites were launched are MDA of Canada, Airbus Defense & Space, OHB System of Germany, IAI of Israel, Terra Bella (a Google company), USA and Planet Labs, USA.

Antrix estimates that 2,500 satellites are required over the next decade to meet the needs for navigation, maritime, surveillance and other space-based applications.