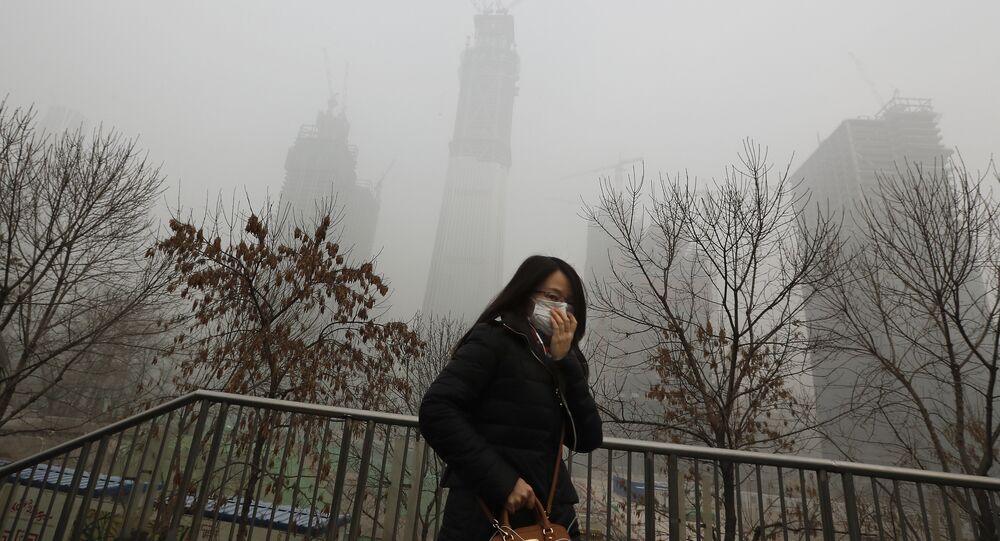 China has already announced its first environmental red alert of 2017, as heavy smog encroaches upon the capital and its surroundings. A time-lapse video catches a thick yellow plume of smog creeping into and covering Beijing’s downtown in a haze.

China has triggered its highest level alarm as the first smog of 2017 hits Beijing. The newest red alert has been raised in parts of the Beijing-Tianjin-Hebei region, as well as in the provinces of Henan, Shandong, Anhui and Jiangsu, state news agency Xinhua reported.

A total of 24 cities are currently on red alert for smog, while an additional 21, including Beijing and Tianjin, are on the less-severe, orange alert.

The warning comes just days after it lifted its first red alert of 2016.

Meanwhile Chas Pope, a British expat in China has captured a thick yellow plume of smog creeping into and covering Beijing’s downtown in a haze.

Some were terrified, remarking, “Looking at the video itself I am already unconsciously covering up my nose and mouth.”

​While the smog is still lingering in the city, the National Meteorological Center has warned that some regions will experience thick fog, reducing visibility to less than 500 meters between Tuesday and Wednesday.

In extreme cases, visibility could drop below 50 meters in some of the above regions.

​However a chilly wind is expected to blow it away by the evening of January 4.

The current Air Quality Index (AQI), a measure of pollution, in Beijing is at 411. An AQI above 100 is considered unhealthy. The city has seen levels reach 596 in the past few days.

Over the start of the New Year, Chinese cities have seen hundreds of flight cancellations caused by the recent spread of smog.