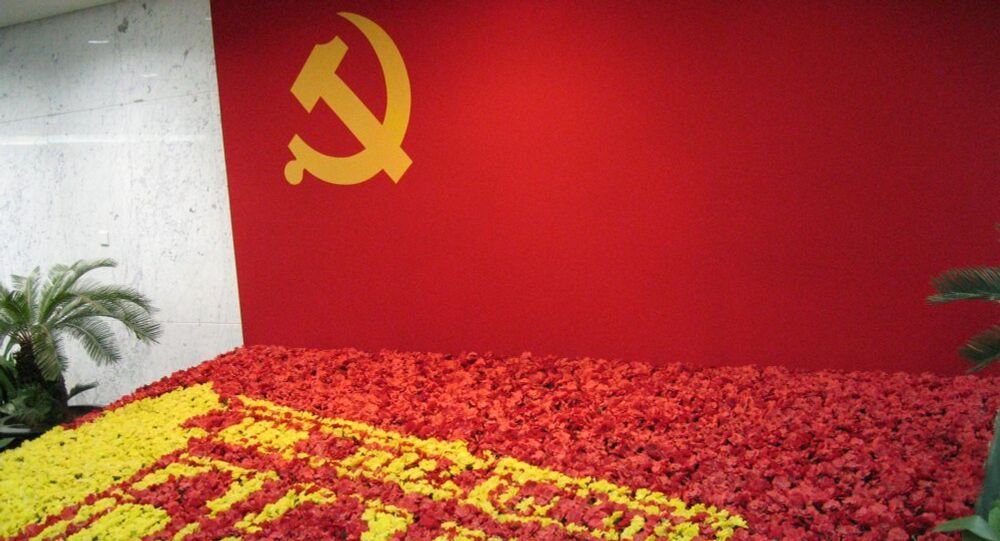 Russian Confronted in Indonesia Over T-Shirt With Hammer and Sickle

A Russian citizen was confronted and briefly detained in Indonesia for wearing a t-shirt emblazoned with a hammer and sickle, an international symbol of communism and the best recognized symbol of the former Soviet Union.

© Photo : militaryreview.su
Indonesia Rethinks Ukrainian-Built Armored Combat Vehicle After Unsuccessful Trial
Igor Riabchuk, a Russian national, was accosted by a group of local people in Batam, Indonesia, December 31, for wearing a t-shirt with the communist symbol.

The people turned out to be members of an organization that calls itself Children of the Red Beret Command (AKBM); the group tried to explain to Riabchuk that he was violating Indonesian law by wearing a communist symbol, but could not overcome the language barrier. Unable to communicate with Riabchuk, who can only speak Russian, not English or Indonesian, the locals took him to a police station by force, where he was detained.

According to Riau Islands Police spokesman Saptono Erlangga, the police decided to detain Riabchuk "for his own safety."

"He can only speak Russian so he didn't understand why these people approached him," said Saptono.

Later, the police confiscated the t-shirt, which Riabchuk had bought in Vietnam, and returned Riabchuk to his hotel.

"He's only a tourist. [There was] no political motive," said Saptono.

© Wikipedia /
Poland’s Sejm Suspends Work on Draft Law Banning Propaganda of Communism
Riabchuk is reportedly the third person to be detained in Indonesia for wearing communist symbols. According to police reports, one citizen of Singapore was detained for wearing a similar t-shirt. His t-shirt was also confiscated by the police, and he was subsequently released without charge.

A local taxi driver who was heading to a New Year's eve party, ended up having to spend the night at the police station for the offensive sign.

Communism has been officially banned in Indonesia for more than 50 years and this ban is unlikely to be lifted any time soon. According to Indonesian law, a person promoting communism may end up in jail for up to seven years.

The ban was imposed after Suharto became president following a US-backed coup against the progressive government of Sukarno in 1965. Following the coup, Suharto carried out a nationwide purge of communism known as the Indonesian Genocide. The death count from the purge is estimated to be between half a million to 1 million people. The Indonesian Communist Party-the third largest in the world at the time-was systematically destroyed.

Over 100,000 People in Indonesia Evacuated Amid Heavy Floods