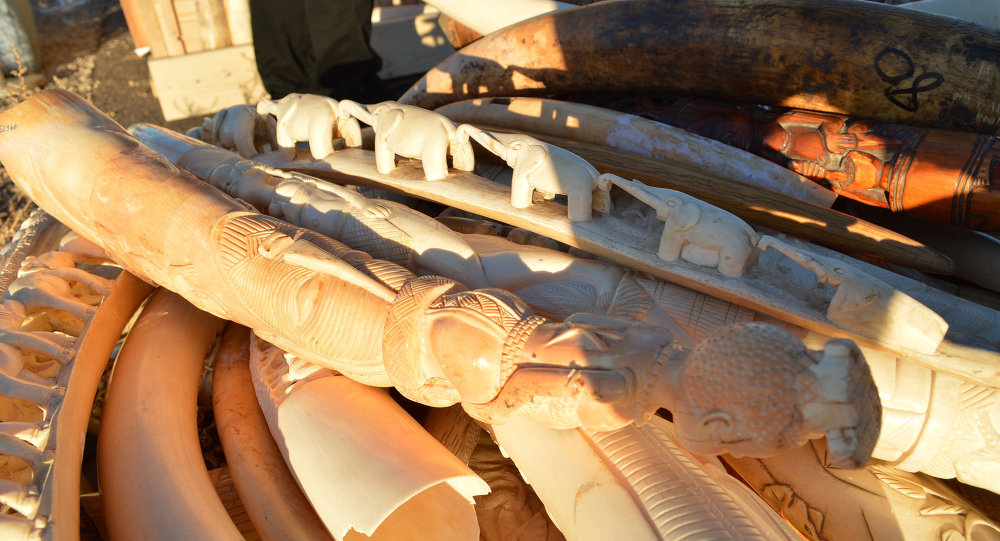 China will introduce a nation-wide ban on the sale of ivory items and will prohibit ivory processing by the end of next year, the country’s State Council said.

© East News / FLPA/Fabio Pupin
Tanzanian Elephants Endangered Due to Chinese Ivory Smuggling: Watchdog
BEIJING (Sputnik) – The ban will be introduced gradually, starting from March 31, 2017 and should be fully enforced across the entire territory of China by December 31, 2017, the council said in a statement posted on its website.

The ban aims to protect elephants, as thousands of them are slaughtered annually for their ivory. The new measure will apply to all trading, including internet sales and street markets.

According to RTHK, Hong Kong authorities have expressed plans to prohibit local ivory trade by 2021.

Ivory is considered an item of status in a number of Asian countries, including China and Vietnam, where prices for a kilogram of ivory (about 2.2 pounds) go as high up as $1,100.