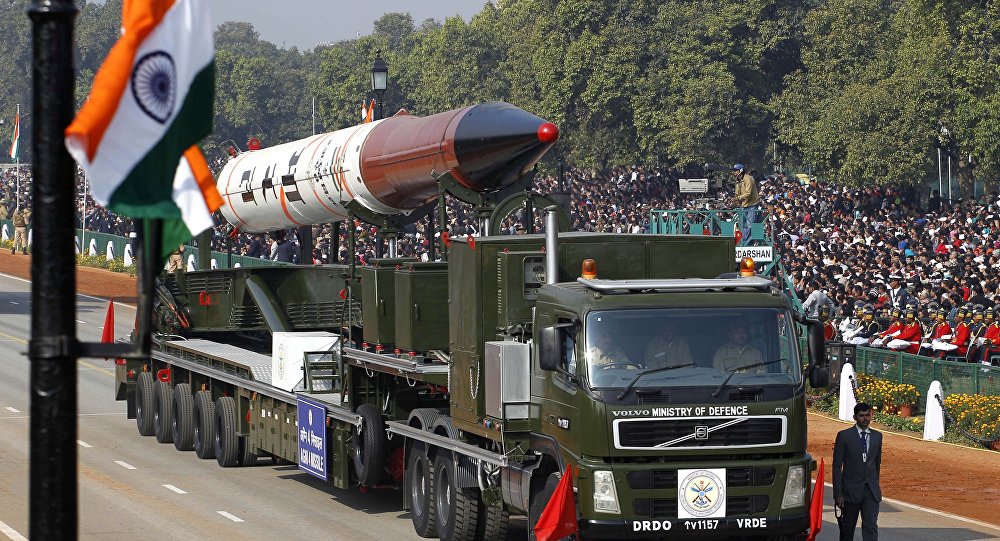 A new draft formula for the entry of non-NPT countries into the Nuclear Suppliers’ Group (NSG) may open a window of opportunity for India to join while leaving out its bête noire Pakistan. But it remains to be seen whether the Trump administration will enthusiastically back India’s case. 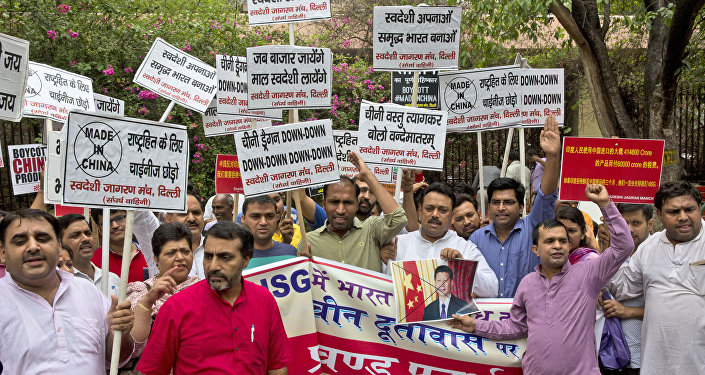 © AP Photo / Manish Swarup
India Fails to Get Chinese Support on NSG Membership Bid
New Delhi (Sputnik) — Expectations in India about membership of the Nuclear Suppliers Group (NSG) have risen following reports of a draft proposal circulated among the elite group's members in early December. Its outcome, however, remains uncertain as a new administration takes over in the US next month.

Rafael Mariano Grossi, the former chair of NSG, has prepared a draft membership formula for countries like India and Pakistan, which are unwilling to sign the Nuclear Non-Proliferation Treaty (NPT) but want to join the NSG. The proposal, reportedly first obtained by Bloomberg, suggests several general commitments that non-NPT countries could fulfill to get the maximum benefits of nuclear trading.

The proposal is being opposed by a Washington-based think-tank, the Arms Control Association (ACA). It has especially opposed India's membership, a promise made to the Narendra Modi government by the outgoing President Barack Obama before his tenure ends on January 20, according to the Indian media.

Daryl G. Kimball of ACA says the formula could lower the bar as India fulfils all the given nine criteria mentioned. What is required is a strict and clear separation of future and current civilian nuclear facilities from the non-civilian facilities in non-NPT applicants.

© AP Photo / Andy Wong
India, China Attempt to Iron Out Differences On NSG Membership Issue
Notwithstanding ACA's opposition, the Indian Government will be wary of a domestic backlash if it promises neither to conduct a nuclear test in future nor oppose Pakistan's membership application. Although India has announced a unilateral moratorium on nuclear testing, agreeing to a binding commitment may not work in long-term national interest.

Also, if India does not block Pakistan's membership, it amounts to accepting the Chinese formulation made over a year ago. Questions will be asked why the Indian Government wasted so much time if the end game was to agree to the Chinese proposal.

On the uncertainty surrounding the Trump administration's policies, Ashok Sharma, fellow at the University of Melbourne's Australia-India Institute says, "The India-US relationship is a trusted, strong and comprehensive strategic partnership. There is an influential Indian-American lobbying group that was reactivated during Modi's US visit."