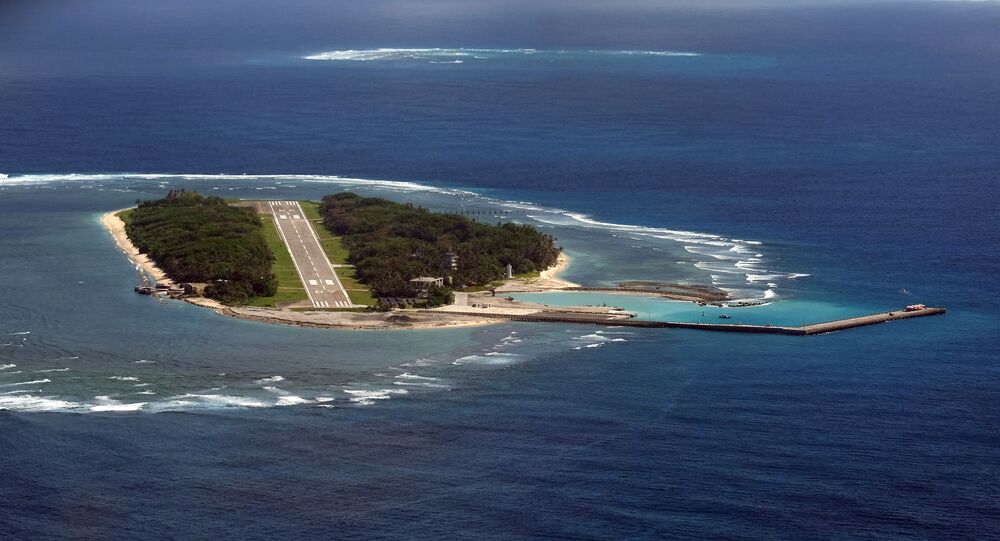 Rodrigo Duterte, the president of Philippines stated that China’s artificial islands in the South China Sea waters were not a cause of concern for Philippines.

© REUTERS / U.S. Navy/Handout
China Reportedly Aims to Send More Missiles to Disputed South China Sea Islands
MOSCOW (Sputnik) — The president of Philippines said Thursday he did not regard China’s artificial islands in the South China Sea waters as a cause for serious concern and suggested Washington could take the issue in its own hands.

Asked if China’s manmade islands were a cause for concern, Rodrigo Duterte told CNN Philippines, "No, because if it really were a serious concern, the US should lead the way and stop it right in the beginning."

In July, an international tribunal in The Hague rejected China’s claims on disputed islands and rebuked its activity in the South China Sea, including the construction of artificial land.

Duterte said the only way to settle the territorial row with Beijing would be by enforcing the Hague court ruling legally or going to war with China.

© AP Photo / Mark Schiefelbein
Beijing Welcomes Philippines' Stance on South China Sea Dispute
The president added he might bring up the court's ruling on the islands "during my time," saying "I cannot let it pass." But he said the United States was the only government that could do something about China’s island construction.

The Philippines and China are both laying claims to the Spratly Islands in the South China Sea, which are also contested by Taiwan, Vietnam and Malaysia. The US Navy has maintained its presence in the region on allegations it wanted to uphold freedom of navigation.