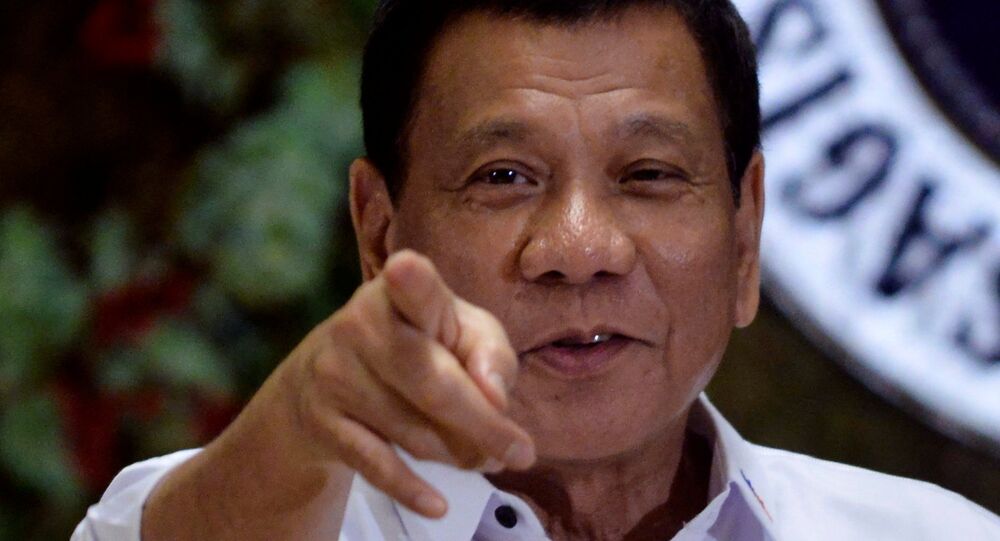 The Philippines' presidential palace has claimed victory in the government's protracted, bloody war on drugs, stating that drugs have become a "public health issue."

In a December 27 press conference, presidential spokesperson Ernesto Abella explained that the brutal crackdown on drug dealers and cartels, which has claimed 6,000 lives, should be looked at with the "right perspective."

"Exposing the drug menace has now led the government to look at it not only as a national security [threat], but also now as a public health issue. Hence, the building of [rehabilitation facilities] all over the nation," Abella said.

​He further claimed over 900,000 drug dependents around the country had surrendered to the Philippine National Police, and index crime rates had "lowered significantly." He said the public "deeply appreciate" that they can now "go home safer" as a result of the crackdown.

Despite intense international criticism of President Rodrigo Duterte's war on drugs, in particular the use of extra-judicial killings, a December 19 survey issued by Social Weather Stations showed a majority of locals were satisfied with the anti-drug campaign.

​The spokesman moreover said that in addition to the arrests of drug dealers and cartels, around 5,000 corrupt government officials involved in the trade have been identified and arrested.

"In one way or another, that is already significant. Identifying the enemy is about 50 percent of the battle, right? Prior to Duterte, this was not something that was being done," he spokesman added.

President Duterte has caused controversy ever since taking office on June 30 2016. He has admitted to purposely missing a meeting of the Asia-Pacific Economic Cooperation in Peru to avoid meeting US President Barack Obama, despite originally claiming he was feeling unwell.

He has also admitted to personally patrolling the city of Davao, where he served as mayor between 1988 and 2006, on a motorcycle and killing "about three" people. The UN High Commissioner for Human Rights, Zeid Ra'ad Al Hussein, has called for an official investigation into his claims. On December 28, he also said he had thrown someone out of a helicopter previously.

“If you are corrupt, I will fetch you with a helicopter and I will throw you out on the way to Manila.” — Duterte

​In response to the delayed renewal of an aid package from a US humanitarian organization, Duterte said the US should prepare for the repeal or abrogation of the Visiting Forces Agreement.