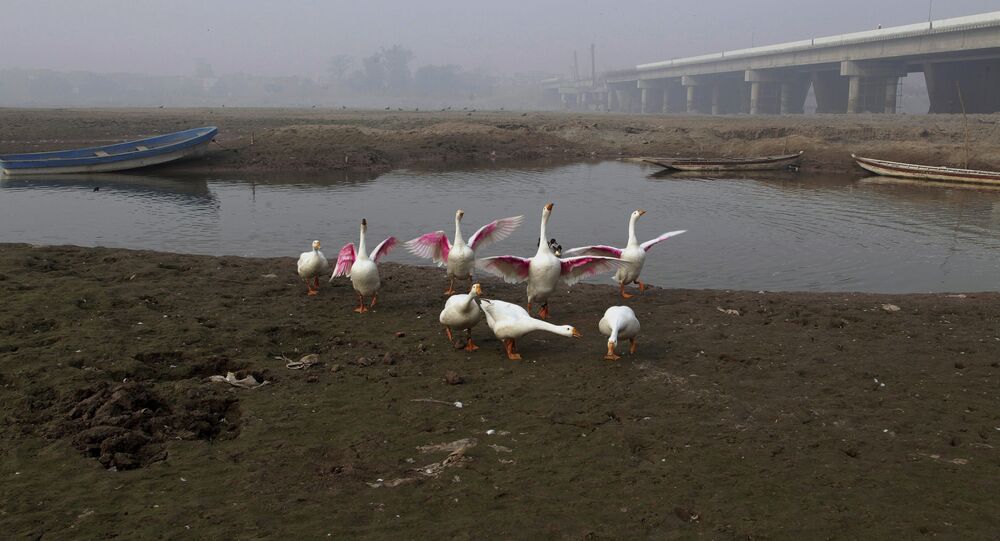 Foreign Secretary of Pakistan Aizaz Ahmad Chaudhry expressed hope that India would abide by its obligations under the Indus Water Treaty.

© AP Photo / Channi Anand
India Frowns at Kashmir Portion of China-Pakistan Economic Corridor
MOSCOW (Sputnik) – A dangerous precedent would be created if India were to violate the 1960 Indus Waters Treaty with Pakistan, which could provide other countries with justification for similar actions, Foreign Secretary of Pakistan Aizaz Ahmad Chaudhry told Sputnik.

In September, the Indian government reviewed the water-sharing treaty and decided to "exploit to the maximum" the waters of the Pakistani-controlled rivers in response to an attack on an Indian military base.

"Contravention of the treaty or its unilateral abrogation by India will not only violate Indus Water Treaty but also set a precedent providing other countries a possible justification to undertake similar actions," Chaudhry said.

Chaudhry expressed hope that India would abide by its obligations under the Indus Water Treaty.

© Photo : Facebook/Ministry of Foreign Affairs Islamabad
Pakistan Summons Indian Envoy Over Targeting of School Van by Indian Forces
The Indus Water Treaty brokered by the World Bank outlines the share of the six local rivers between India and Pakistan with special provisions for how the water may be used and in what quantity.

In September, four militants reportedly crossed from Pakistan into India-administered northern Kashmir territory and attacked the Indian base in Uri, killing 19 servicemen. Pakistan denied its involvement.