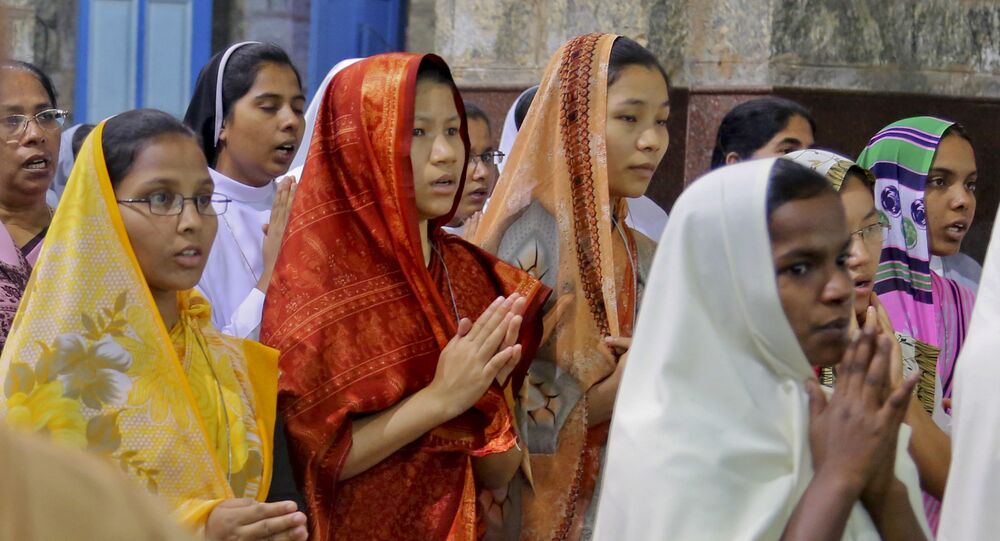 Abducted Indian Priest in Yemen Begs Pope, World Leaders to Save His Life

The priest said in a video that the world community would have taken his plight more seriously had he been a European. Father Tom cited the case of a who was rescued because she was from France while he was allowed to languish in custody.

New Delhi (Sputnik) — An abducted Indian Catholic priest has made an emotional appeal to Pope Francis and the world leaders to save his life. Father Uzhunnalil, from the southern state of Kerala, was abducted in March during an attack on an old-age home run by Mother Teresa's Missionaries of Charity in the southern Yemeni city of Aden.

"You are aware of the circumstances currently prevailing in Yemen where fighting is going on with no central authority in that country. With regard to safe release of Father Tom who was abducted some months ago, we have been in regular touch with countries in the region, especially Saudi Arabia as also the local Yemeni authorities. Efforts continue in this regard," responded India’s Ministry of External Affairs minutes after the priest’s video went viral.

The priest did not think the Indian government, despite its claims, had done enough. "If I were a European priest, I would have been taken more seriously. I am from India. I am perhaps not considered of much value," said priest Father Tom Uzhunnalil in a video uploaded on You Tube. However, time and place of the video shoot is not mentioned. It is appeared that the priest was reading out a text placed before him.

© Photo : Wikipedia/Allied Joint Force Command Brunssum
Canada Admits Weapons Sold to Riyadh May Have Been Used In Yemen
Father Tom appealed to Pope and Bishops around the world to come forward very fast as his health is deteriorating and he needed urgent medical help. "Dear Pope Francis, dear Holy Father, as a father please take care of my life. I am very much depressed. My health is deteriorating," he said in the video.

The priest claimed his captors had made several contacts with the top levels of Indian Government but no efforts were made to secure his release nine months after the abduction. He said a news reporter abducted in the Middle East was released as she was from France.

The Indian Government had conducted Operation 'Raahat' in March-April 2015 to evacuate Indian nationals from Yemen. Under this operation, 6,710 persons were airlifted to India, including 4,748 Indians and 1,962 foreigners mostly from Pakistan, Bangladesh, Sri Lanka and Nepal.