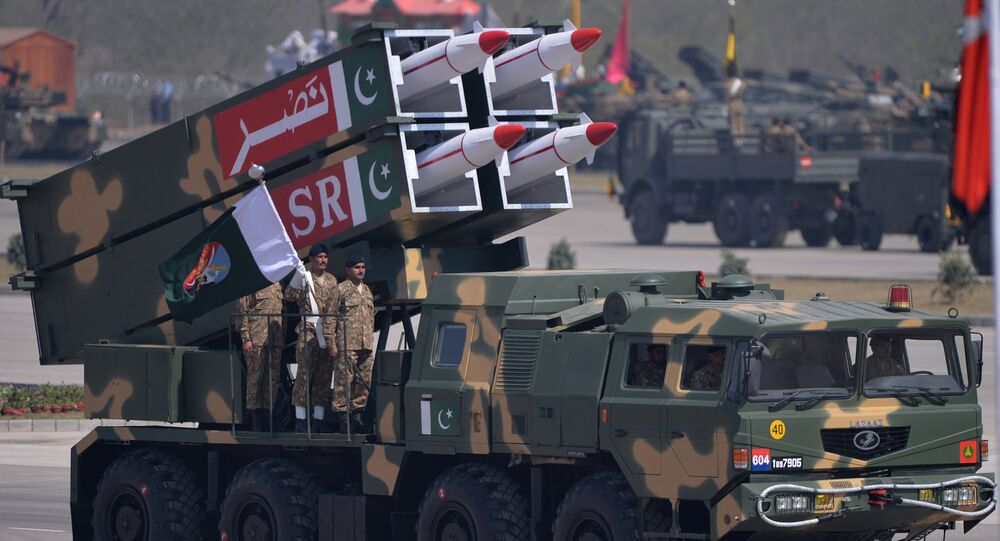 India is enhancing its protective capabilities following apprehensions of Pakistani deployment of nuclear capable Nasr missiles on their common border.

New Delhi (Sputnik) — India has decided to replace 1,500 manual nuclear biological chemical (NBC) protection systems on its infantry combat vehicles with automatic versions. The procurement will be under 100 per cent localized design and development project. Sources say that domestic manufacturer Bharat Electronics Limited will supply the required systems to the Indian Army at a cost of $ 190 million.

"Since India's neighborhood is nuclearized, it has to make defensive preparations for its forces to survive and fight in a nuclear environment; howsoever unlikely it may be. Pakistan has been flaunting its short range battlefield nuclear weapons. Obviously, the Indian mechanized forces will spearhead an offensive into Pakistan should it create conditions that forces a war on India. Equipping the mechanized vehicles with the protection gear improves their survivability and raises the costs for an opponent in case it plans to use battlefield nuclear weapons,"says Brigadier Rumel Dahiya (retired), Delhi-based defense expert.

Since the September 29 claimed surgical strikes in Pakistan territory, India has lost 51 soldiers in militant attacks and cross-border firing by the Pakistani Army. India has lost more than 80 soldiers this year which is the highest casualty figure since 2013.