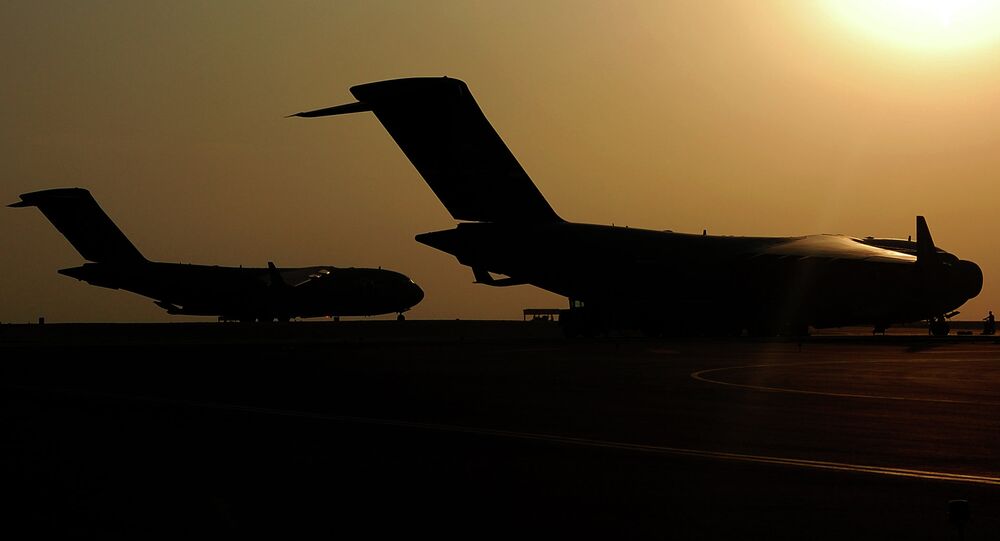 The C-17 Globemaster III transport aircraft has been criticized by the Indian auditor for a below par performance – the annual average load ranged between 13 tons and 18 tons per sortie against the payload capacity of 70 tons. Yet India wants to but the sole aircraft left in US inventory.

© AP Photo / Dar Yasin
India Approves $3.2 billion Purchase Plan to Boost Night Warfare of Armed Forces
New Delhi (Sputnik) — The Indian government has decided to purchase the lone C-17 transport aircraft in US inventory. In a meeting of Defense Acquisition Council here on Friday, sources informed Sputnik about the approval to purchase the aircraft at a cost of approximately $ 405 million under the foreign military sales route. The Indian Air Force (IAF) is currently operating 10 C-17 heavy lift transport aircraft for its major operations to lift armed personnel and equipment.

Interestingly, the IAF had planned to buy three C-17 from the US in April 2015. But the paperwork took a lot of time and the US manufacturer Boeing signed a deal to sell four of the last five C-17 to Qatar. As production of C-17 aircraft at Long Beach in California has ended, the IAF had to revise its purchase plan and settled with one C-17 transport aircraft.

India first signed a contract in 2012 to purchase 10 C-17 aircraft at cost of $4.1 billion with an option of follow on offer to purchase six additional aircraft. India didn't go for the follow on offer because Boeing did not fulfill the terms of the contract. The Comptroller and Auditor General (CAG) — India's apex auditing body — had found massive under-utilization of the aircraft. Of the C-17 aircraft purchased for high load carrying capacity, the non-availability of ground equipment has adversely affected to a large extent.

It is observed that in contrast to claimed in-flight refueling capabilities and range of 4,200 kms with maximum payload of 70 tons and 9,000 kms with reduced payload of 40 tons, CAG observed that annual average load airlifted by C-17 (in India) ranged between 13 tons and 18 tons per sortie, against the aircraft's payload capacity of 70 tons. The operating squadron e stated that C-17 aircraft could carry only 35 tons of load (40 tons in winters) and on a few occasions, only 26 tons.

India, US to Sign Deal on Purchase of 145 Howitzers Within Three Weeks