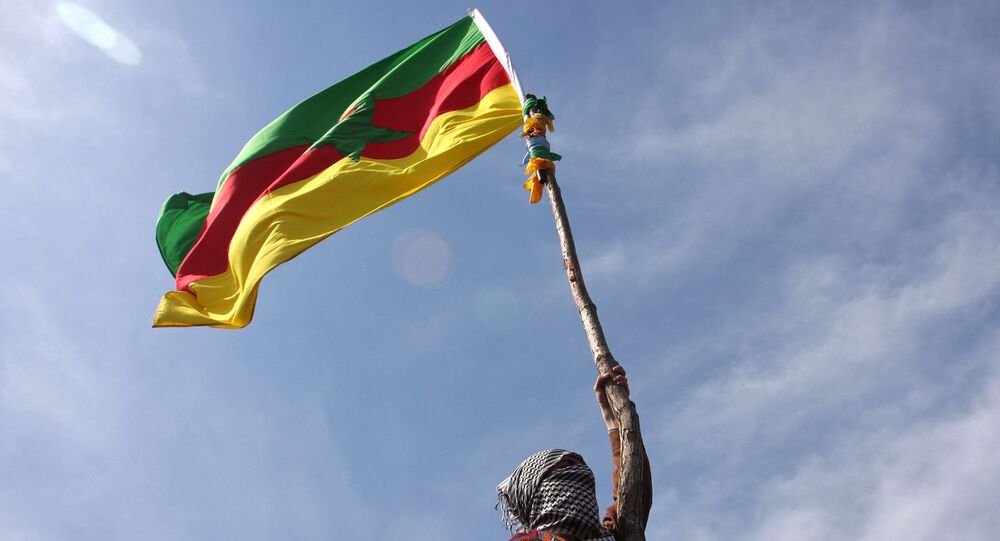 Militias affiliated with the Kurdistan Workers’ Party (PKK) armed group have recruited minors in Iraq and beat them for trying to leave, a human rights organization said Thursday.

MOSCOW, December 22 (Sputnik) — The HRW has documented 29 cases in northern Iraq where children under the age of 15 were recruited by PKK’s armed wing, the People’s Defense Forces (HPG), and Yazidi religious community’s Shingal Resistance Units (YBS).

"Boys and girls should be with their families and going to school, not used as means to military ends," Human Rights Watch children’s rights chief Zama Coursen-Neff said in a statement.

© AP Photo / Khalid Mohammed
Yazidi Women Released From Daesh Sex Slavery in Iraq
The watchdog said children confessed they had participated in fighting, staffed checkpoints or cleaned and prepared weapons for grown-up fighters. In some cases, minors who tried to escape were brought back forcefully and punished severely.

The HRW demanded that the PKK denounce the use of child soldiers, which is banned under international laws, investigate child abuse and punish local commanders responsible for their recruitment.

The PKK is outlawed in Turkey as a terrorist organization.