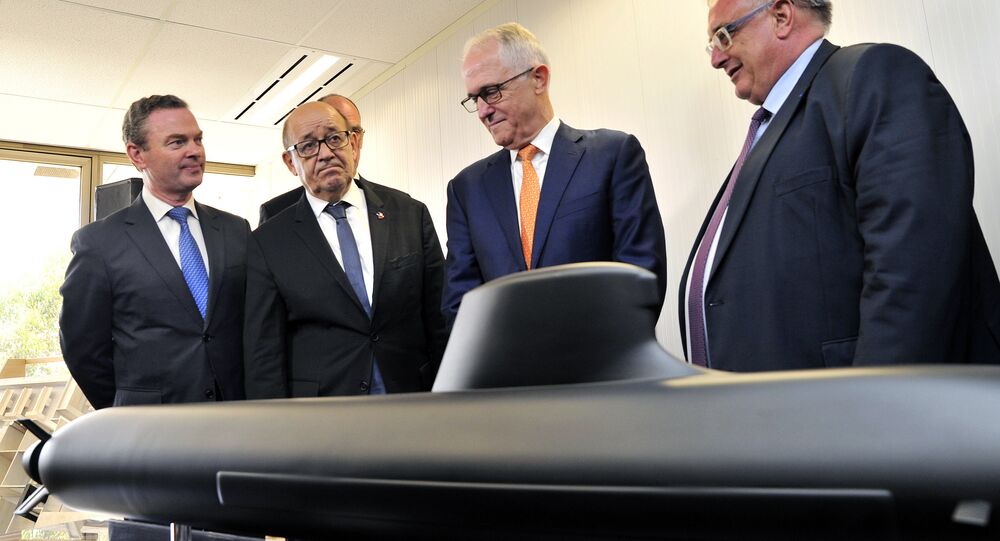 According to reports, Australia’s Prime Minister and French Defense Minister signed an agreement for the construction of 12 cutting-edge nuclear-powered submarines for Australia.

"I'm delighted to be here today with the French Minister for Defence, Monsieur Le Drian, the Australian Minister for Defence Industry, Christopher Pyne, to sign the inter-governmental agreement between the Commonwealth of Australia and the Republic of France for the design and construction of 12 submarines, regionally superior submarines, " Turnbull said at a joint press conference, as cited in a statement published on his website.

The submarines will be built by the French DCNS industrial group. The construction will take place in Adelaide, South Australia. The submarines are expected to enter service in the 2030s.

In April, DCNS won the tender of Australian government to build submarines, beating off competitors from Germany and Japan. The new submarines will be a modified version of France’s Barracuda Shortfin submarine.

The $50-billion project is aimed at creating Australian naval shipbuilding industry and developing national human capital. At least 2,800 jobs are expected to be created in Adelaide as a result of the bilateral agreement.

Australia pays special attention to country's defense strategy and is expected to increase its defense spending by 15 percent over the next 10 years, according to the 2016 Defense White Paper.