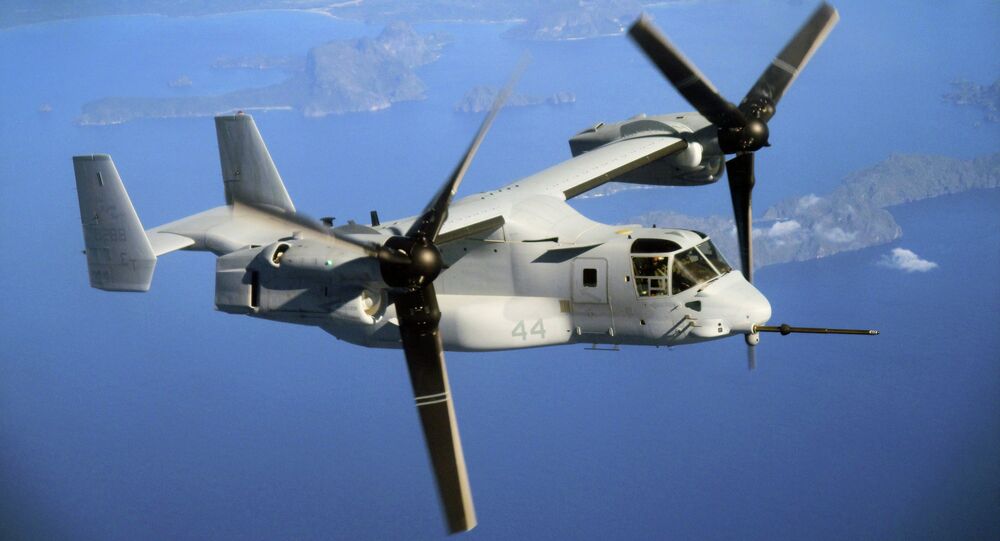 The US military decision to resume use of the controversial Bell Boeing MV-22 Osprey tilt-rotor transport aircraft in Japan's Okinawa sparked protests from the local authorities concerned about the safety of its operations, the Kyodo news agency reported on Monday.

MOSCOW (Sputnik) — Earlier in the day, US Forces Japan Commander Lt. Gen. Jerry P. Martinez announced resumption of the aircraft's flights suspended after an Osprey experienced a problem that led to a landing in the shallow waters off the Okinawa coast on Tuesday adding that the investigation into the accident was still ongoing. Japan's Defense Minister Tomomi Inada commenting on the move said that Osprey flights resumption was an "understandable" move.

"I cannot understand why the central government says okay (to flight resumptions) when they have not finished reviewing (this case),” Susumu Inamine, the mayor of Nago, the city where the accident took place, said as quoted by the Kyodo news agency.

Many of the local residents are worried about the use of the tilt-rotor aircraft by the US military. Since 2007, the Osprey has had four crashes and a number of accidents.