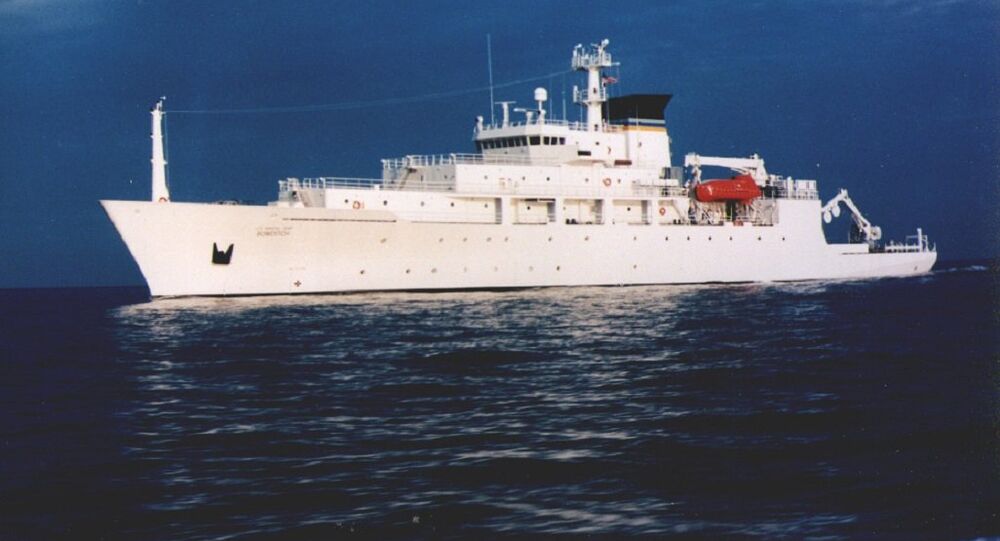 The "fuss" made by the United States over an earlier seizure of an unmanned US oceanographic vessel in the South China Sea by the Chinese warship is unacceptable and does not contribute to the solution of the problem, the Chinese Defense Ministry said in a statement Saturday.

On Thursday, USNS Bowditch, a US oceanographic vessel, stopped some 100 miles off the port at Subic Bay in the Philippines to pick up two drones when a Chinese vessel captured one of them, according to US defense officials. The US Department of Defense urged to immediately return the drone, calling the capture illegal.

"China maintains direct contact on the issue with the United States. The fuss that was made unilaterally by the US side is unacceptable, does not contribute to a favorable solution to the problem. We express regret over this matter," the statement read.

© Photo : Youtube/25th Hour
Pentagon Urges China to Return 'Unlawfully Seized' Underwater Drone in S China Sea to US
It added that the Chinese warship located unknown equipment in the international waters of the South China Sea and, in order to avoid endangering the passing ships and their crews, the Chinese side used friend-or-foe identification, which showed that it was a US underwater drone.

Meanwhile, the United States alleged that China ignored requests for the drone to be returned.

The drone is not a classified piece of equipment and is used to gather data on water temperature, salinity and the speed of sound, according Pentagon Press Secretary Peter Cook.

Washington and Beijing interests clash in the South China Sea, with China and US allies, including the Philippines, Taiwan, Malaysia, Brunei and Vietnam, having competing territorial claims. The US Navy continues patrols in the area despite Chinese protests.