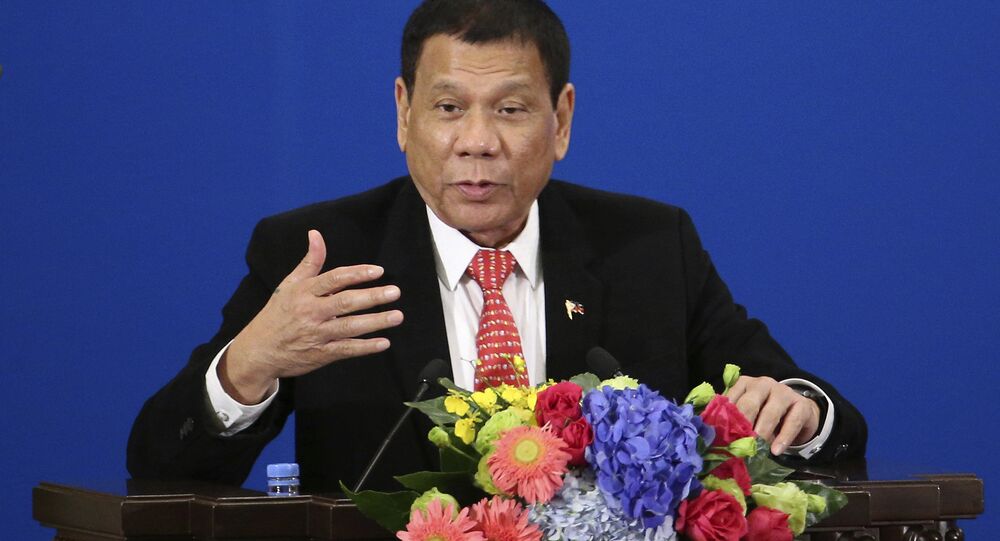 If the United States disapproves of Manila’s anti-drug policies, Washington should submit a complaint to the United Nations to initiate a legitimate investigation, Philippine President Rodrigo Duterte said Friday.

"We are member of the United Nations … So, if there is something you [the United States] are against in my policies, you go to the United Nations and complain. Then the United Nations will order its organs and agencies … to investigate," Duterte said in Singapore, as broadcast by the CNN, adding that Manila would consider US complaints only in case there was a report submitted to the UN General Assembly.

Duterte noted that the United States could not reprimand him and stressed that he intended to pursue independent foreign policy.

In October, Duterte stated that it was "time to say goodbye" to the United States’ use of Philippine land for military bases, secured by a deal signed by Duterte’s predecessor. On November 28, Duterte said that Manila intended to cooperate with Moscow and Beijing rather than with Washington, however, the president noted that cooperation with next US President Donald Trump was possible.