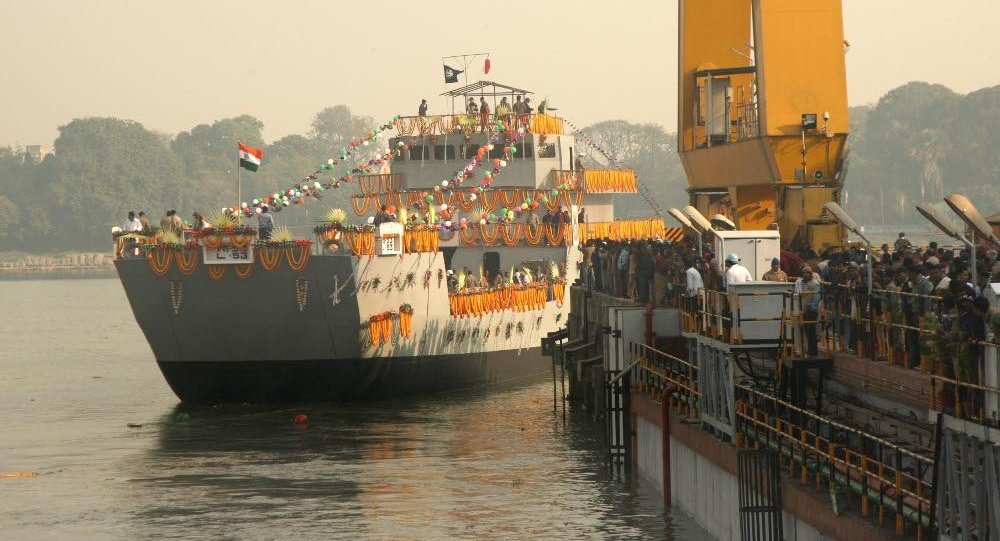 The ships facilitate the landing of troops and military equipment on islands in a situation where it has come under adverse occupation. All the previously commissioned ships are anchored with the Andaman and Nicobar Tri-Services Command at Port Blair, very near the Malacca Straits.

The 62-meter ship displacing 830 tons has an overall beam of 11 meters and a hull draught of 2.2 meters. The Indian Navy expects them to play a significant role in the transportation of main battle tanks, armored vehicles and troops of the Indian Army during amphibious operations. The LCU has a lift capacity for up to 170 fully equipped soldiers.

Currently, about 3,000 soldiers trained in amphibious warfare are deployed at Andaman & Nicobar Islands.

The Indian Navy will also soon open commercial bids for procuring new Landing Platform Docks (LPD) amphibious warships. Local manufacturers L&T and Reliance Defense had qualified for the technical bids. The four ships costs will cost approximately $ 3.7 billion and should be delivered to Indian Navy in the next 10 years. According to the sources the displacement of these ships will be anything between 35,000 and 40,000 tones.

Currently, India's amphibious warfare capability consists of nine older tank landing ships of various sizes and capabilities. The Shardul class ships are latest ones which are hybrids of LST and LSD design. They are an evolution of the Magar class amphibious landing ships. Shardul and Magar class can carry 10 armored vehicles, 11 armored personnel carriers and more than 500 troops.

Russian Shipbuilding Company Plans to Set Up Manufacturing Base in India