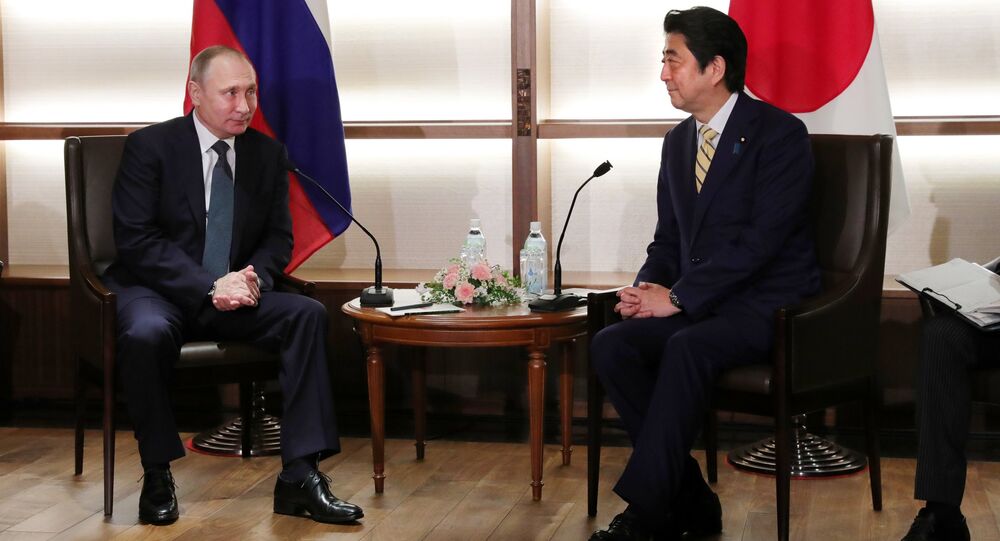 The absence of a Russian special representative for Japan-Russia relations does not restrain the development of the Russian Far East, Presidential Plenipotentiary Envoy to the Far Eastern Federal District Yury Trutnev said on Thursday.

© Sputnik / Sergey Guneev
Samovar vs 'Putyatin's Arrival': Putin and Abe Exchange Gifts in Japan
TOKYO (Sputnik) — Earlier this year, Japan’s Prime Minister Shinzo Abe charged Minister of Economy, Trade and Industry Hiroshige Seko with duties of the Minister for Economic Cooperation with Russia. It was expected that Russia would make the same move, however no such representative was appointed.

"The current absence of a special plenipotentiary is not in any way holding back our activities," Trutnev told reporters.

Speaking about cooperation between Japan and the regions of the Far East, Trutnev said that Russia’s Ministry for the Development of the Russian Far East was straight working with Japanese colleagues.

"We do not need any structures between us and the Japanese for the development of the Far East. We work directly, we know all the projects that are being implemented, we know the difficulty in implementation of each of them," he added.

Russian President Vladimir Putin is currently in Japan with a working visit, which is widely seen as a breakthrough in the Russian-Japanese relations, taking into account that it had been postponed since 2014.