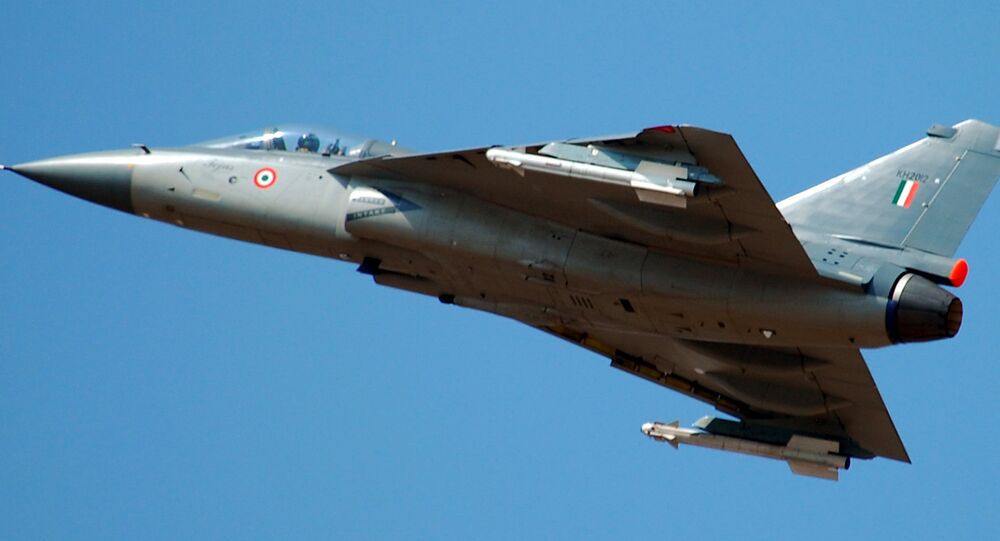 Currently, Indian Air Force does not have any fighters that have new age AESA radar. However, Jaguar’s DARIN III version are being equipped with AESA radar by Israel’s ELTA.

"[A] limited tender was floated by the Aviation Research and Design Centre on Wednesday to five global aviation technology firms and a sixth one is being considered. These firms are from Russia, France, Israel and the US," a highly placed source of Hindustan Aeronautics ltd (HAL) told Sputnik.

Aviation Research and Design Centre is one of the 10 R & D centers of HAL, manufacturer of Tejas MK 1. Sources said the company has approached two firms from France and one each from Russia, Israel and the US. "A sixth will also be there but we have not yet decided," says the source but that company may be the Swedish firm SAAB. However, it is not clear whether the radar will be manufactured in India or fully imported in ready-to-install mode.

India's Defense Research Development Organization has been locally developing AESA at a cost of $ 67 million since January 2012. It is likely to be completed by May 2019 after a delay of three years. Home-developed AESA radars will be fitted on upgraded version of Tejas MK 2.

India announced its first LCA Tejas squadron on in July with two LCA initial operational configuration (IOC) series production aircraft. A further 18 IOC configured aircraft are planned for induction by 2018-19. This will be followed by 20 more aircraft in the final operation configuration (FOC) standard, which are planned for induction from year 2019.