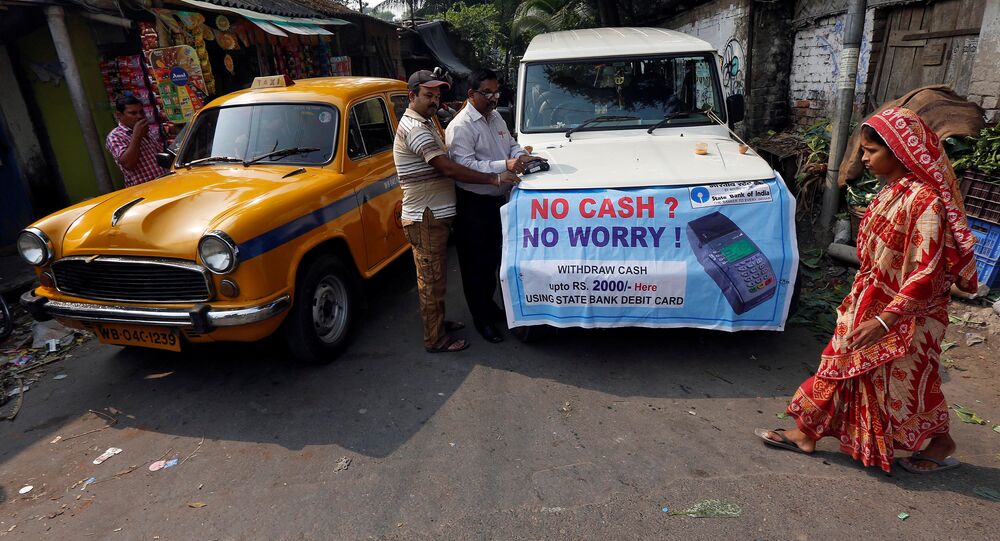 The Narendra Modi government has forced millions of Indians to make payments in digital form. In the absence of data security monitoring and other measures, every Indian is vulnerable to hacking of the mobile wallet.

© AP Photo / Saurabh Das
India Replaces US as the World's Second Largest Smartphone Connections Market
New Delhi (Sputnik) — As India is being pushed into a cashless economy that relies on digital transactions without any proper security measures, mobile frauds are expected to raise manifolds in the next year. There has been a six fold increase in cyber complaint cases over the past three years. It is not surprisingly that nearly half of the complaints about online banking related to credit/debit card fraud.

"Mobile frauds are areas of great concern for companies as 40-45 per cent of financial transactions are done via mobile devices and this percentage is expected grow to 60-65 by 2017," notes the study titled ‘Strategic national measures to combat cybercrime,' jointly conducted by industry body ASSOCHAM and research firm EY.

Currently, India has one of the world's highest cash-to-GDP ratios. Government records show that 78 per cent of all consumer payments in India were made by cash. In the absence of privacy and data protection law, even urbane Indians shy away from using online payments. Recently, 3.2 million Indian bank debit cards had been hacked by unknown sources. The government and banking system are yet to find the source of the leak. Even, Indian banks are running ATMs on Microsoft's Window XP platform which does not have a support system to stop hacking.