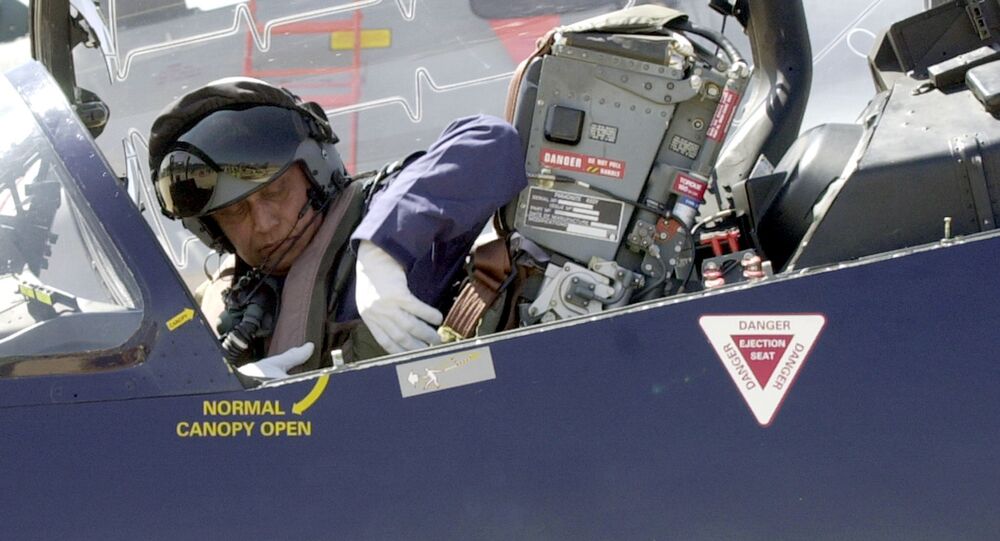 Tyagi was arrested, along with his cousin, Sanjeev Tyagi, and lawyer Gautam Khaitan. According to the government, the three were apprehended "on the allegations accepting illegal gratification for exercising influence through corrupt and/or illegal means."

India’s Ministry of Defense (MoD) canceled a 2010 military contract with Leonardo-Finmeccanica in 2014 worth 546-million euros, amid corruption allegations. The case was referred to the CBI.

In April, Indian Defense Minister Manohar Parrikar told parliament that proposal requests for the contract had been redirected in AgustaWestland’s favor, with people receiving kickbacks for their involvement.

Defense News quoted him saying "The technical specifications were changed — especially the altitude of the helicopters from 6000 meters to 4500 meters, and raising the cockpit height of the desired helicopters to 1.8 meters was only meant to favour AW 101 helicopter of AgustaWestland."

Parrikar claimed an "invisible" hand was manipulating the helicopter fraud, but did not mention names.

Union Minister Ravi Shankar Prasad pointed out at the time that evidence pointing to corruption had been discovered in 2013, yet guilty parties were not identified. The Hindu quotes him saying, "Bribe givers have been convicted. Why are bribe takers silent? Antony should answer if leaders of Congress are involved in it or not. Are they from your party or not? Please come clean."

Giuseppe Orsi, former head of Finmeccanica and Bruno Spagnolini, former head of AgustaWestland, were cleared of corruption charges in October 2014, but were convicted of false invoicing in a separate case, earning them both two years in prison and 1.5 million euros in restitution.

One MoD official noted that there was no official blacklisting of Leonardo-Finmeccanica or AgustaWestland, and that the CBI is still investigating the VVIP case.

Corruption charges led to New Dehli blacklisting several companies between 2005-2012, meaning they will not be allowed to supply India with materials for the next ten years. This includes Denel of South Africa, Israel Military Industries (IMI), Rheinmetall Air Defence, Singapore Technologies Kinetics, Corporation Defence of Russia, and AG of Switzerland.

US Congress to Vote on Major Defense Partner Status for India