India signed an agreement to train Vietnamese to operate nuclear power units at an unusual ceremony presided over by the Chairman of their Lower Houses of Parliament.

© Flickr / Blondinrikard Fröberg
Iran's Envoy Informs UN Chief of US Breach of Nuclear Deal Via Sanctions Extension
New Delhi (Sputnik) — India signed an agreement on cooperation on peaceful uses of atomic energy with Vietnam at a ceremony presided over by the Speakers of their respective Legislatures.

The agreement entails capacity building and training of Vietnamese nuclear scientists by Indian experts. India will also give assistance to improve safeguard measures of nuclear installations of Vietnam. India had earlier signed this type of agreement with Sri Lanka.

Both the countries also signed agreements to enhance aviation links, jointly work in the area of energy efficiency and promotion of parliamentary cooperation. 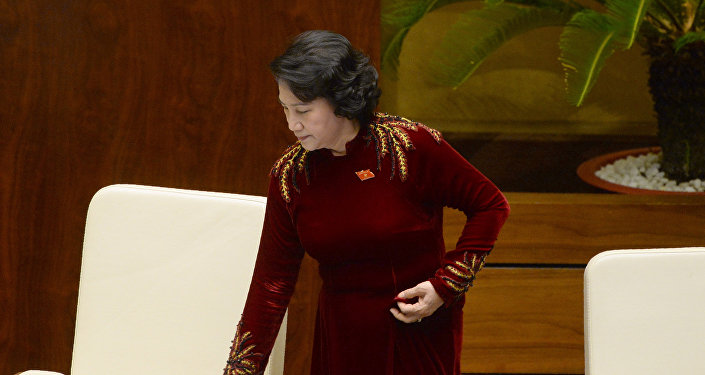 The agreements were signed in the presence of Speaker of Indian Parliament, Sumitra Mahajan and Ms. Nguyen.

"The Prime Minister said that Ms Nguyen, as the first woman to head the National Assembly of Vietnam, is a source of inspiration to women across the world. The Prime Minister called for instituting an exchange programme for young parliamentarians for the two countries," according to the Ministry of External Affair Spokesperson, Vikas Swarup.

Ms Nguyen is leading a Vietnamese Parliamentary delegation to India.