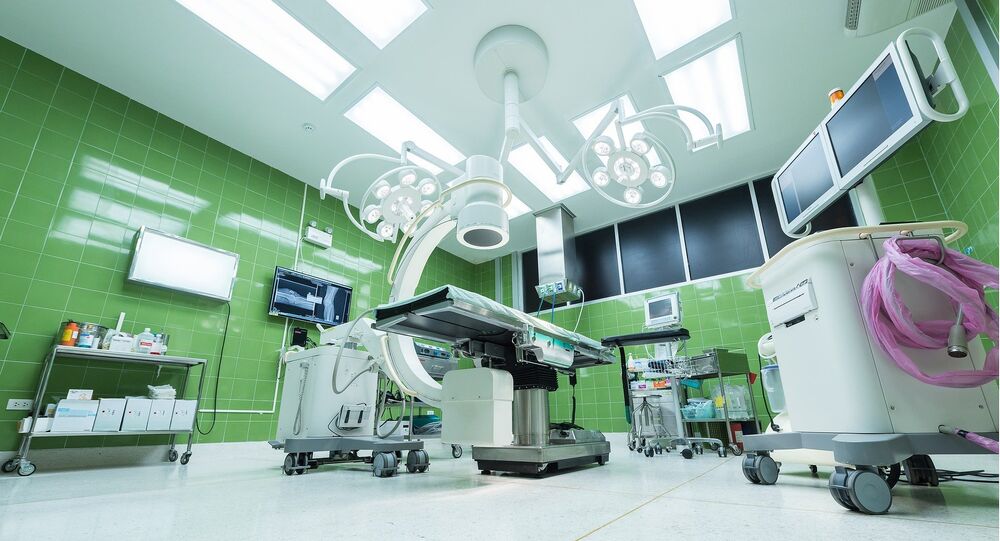 The intervention of Indian Foreign Affairs Minister Sushma Swaraj got Eman Ahmed Abd El Aty an Indian visa. The stage is now set for a complicated and risky operation on Eman who gained unprecedented weight because of a cocktail of illnesses.

© AFP 2020 / PRAKASH SINGH
Bedridden Indian Foreign Minister Comes to Aid of 'World's Heaviest Woman'
New Delhi (Sputnik) — Eman Ahmed Abd El Aty from Egypt, possibly the world's heaviest woman at 500 kg, will soon be flying to India to undergo a life changing surgery. The journey will be her first in 25 years as she remained confined to her room due to obesity that had rendered her almost motionless.

Over 4,000 kms away, India's top bariatric surgeon Dr Mufzal Lakdawala, who has previously operated upon patients weighing up to 300 kg, is preparing to take up the challenge of giving a new lease of life to Eman.

Approached by Eman's sister for help, Dr. Lakdawala readily agreed and requested the Indian envoy in Egypt for issuing an Indian visa to the `world's heaviest woman.' When the visa did not materialise, the doctor sought the intervention of the Indian Foreign Minister external affairs minister Sushma Swaraj.

© AP Photo / Aijaz Rahi
Millions Mourn as Southern India’s Cine Star Turned Politician Passes Away
Although bed ridden and due to undergo a kidney transplant, Sushma Swaraj responded to the doctor's social media post and intervened to secure a medical visa for Eman.

Since Eman's family is not financially sound to afford an air ambulance to Mumbai, Dr Lakdawala has launched an online campaign ‘Save Eman' to attract sponsors. A multispecialty team of doctors, including two bariatric surgeons, cardiologist, endocrinologist and chest physician will be looking after her before, during and after the surgery.

"We have an all-women's team to ensure her comfort as she is from the Arabic world and has been looked-after only by her mom and sister so far," says Dr Lakdawala who is better known as Dr Muffi.

The current Guinness record holder for world's heaviest woman is Pauline Potter of the United States who weighed 292kg in 2010.

India to Take on Pakistani Snipers With NV Sights on LMGs