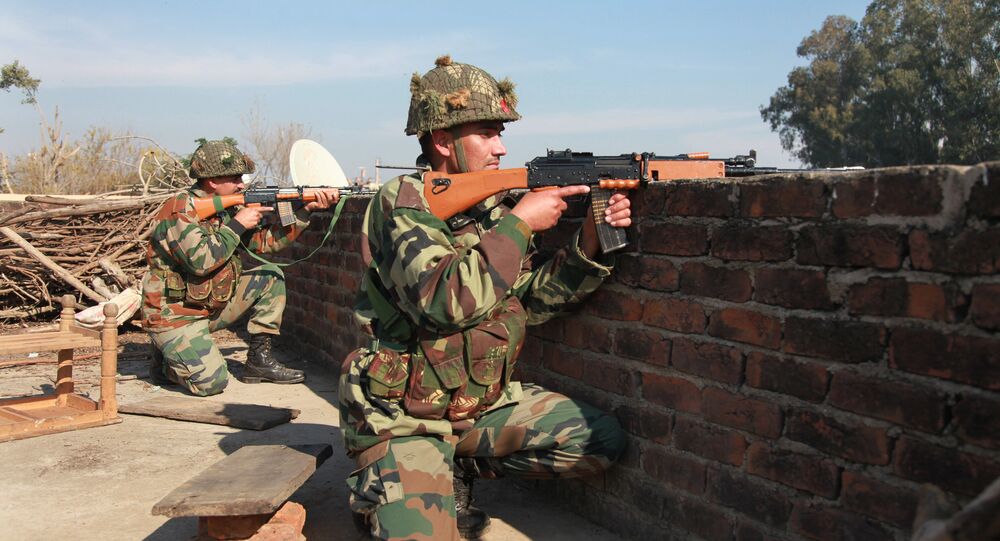 © REUTERS / SANA
Syrian Army Prevents Major Terrorist Attack in Christian District of Aleppo
MOSCOW (Sputnik) – A group of gunmen in army fatigues stormed the Pathankot airbase in the Punjab region near the border with Pakistan on January 2, prompting India to request action from neighboring Pakistan.

"We also have an interest in discussing terrorist acts. India says that ok, Pakistani non-state actors are behind attack in Pathankot. We have cooperated… So share the evidence with us, we will investigate, we will help you," Aslam said.

She added that Pakistan had sent a joint investigation team to the Pathankot air base, but India had not allowed the team to speak to eyewitnesses.

"Unless we give us evidence, how do we take action on this?" Aslam added.

However, Pakistan and India have suspended contacts on the level of military operation chiefs, Aslam said.

"There are no official level [contacts]. Earlier, there were one or two contacts between directors generals of military operations," Aslam said.

The deputy foreign minister also said that the directors generals of military operation were supposed to meet once a week but she was not certain that were actually doing it.

According to Aslam, the "hot line" channel of communication still exists for emergency situations and local military commanders from the two sides hold meetings to discuss the situation.

"We have multiple level of confidence-building measures that we put in place at this time," Aslam said.

The relationship between the two countries is extremely tense largely due to a dispute over Kashmir region that began following the partition of India in 1947. Islamabad and New Delhi have gone through three wars over the region, but the conflict has not been resolved.