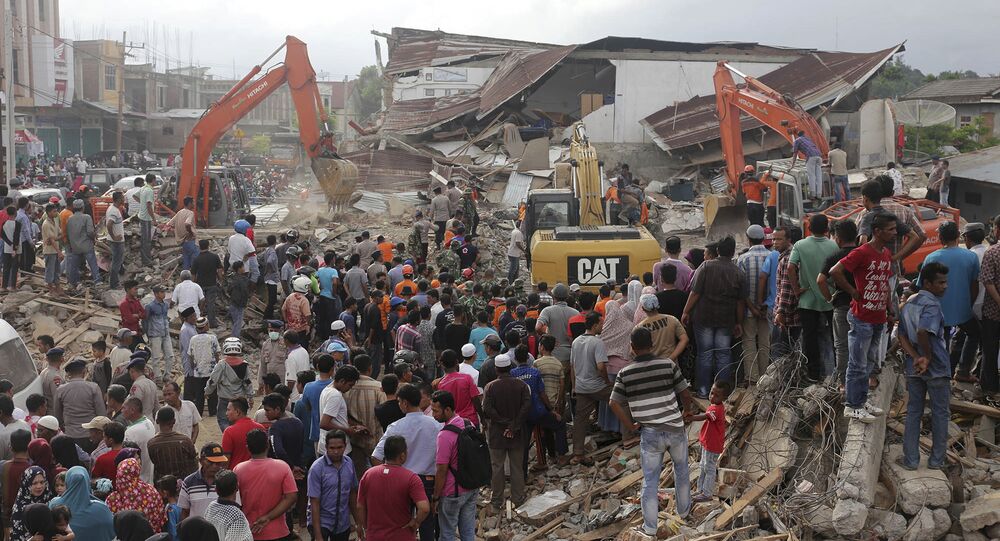 An earthquake measuring 5.3 on the Richter scale occurred off the Indonesian coast on Wednesday near Seram island, following a quake near Sumatra island, the US Geological Survey (USGS) said.

© REUTERS / Nunu Husien
Indonesia Earthquake Death Toll Rises to 97, Over 500 People Injured
MOSCOW (Sputnik) – The earthquake occurred at 13:42 GMT on Wednesday at a depth of 40.6 kilometers (about 25.2 miles), 38 kilometers (about 23.6 miles) north of Amahai, a town on Seram island, according to the USGS.

Earlier in the day, at least 97 residents of the Indonesian island of Sumatra have died, 411 have been severely injured while 125 received light wounds as a result of a 6.5-magnitude quake in Aceh province, according to media reports.

According to the Russian Embassy in Indonesia, there were no Russian citizens among victims of the earthquakes.

Indonesia is located in the so-called Ring of Fire quake zone where a large number of earthquakes and volcanic eruptions occur. Hundreds of thousands died in 2004 when a record quake hit the Aceh region, triggering a tsunami.

No Russians Among Victims of Indonesia Earthquake - Embassy