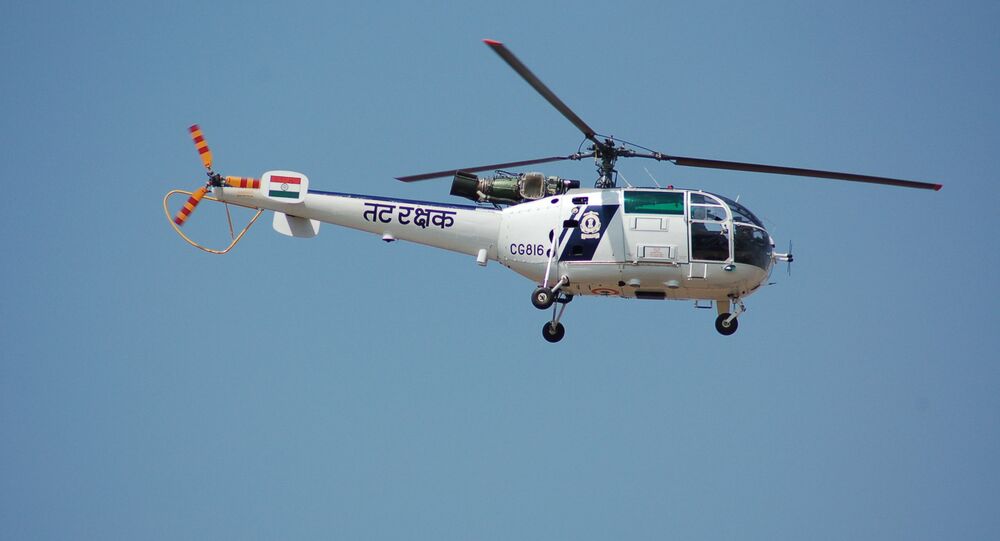 Present holding of helicopters in Army Aviation Corps is 73 percent of the authorized strength. Grounding of light utility helicopters may further aggravate the problem in securing forward areas.

© Photo : Youtube/SciNews
India Launches Third Resource Monitoring Satellite for Commercial Use
New Delhi (Sputnik) — The recent deaths of three army officers in a helicopter crash has forced Indian armed forces to take the precautionary measure of grounding its ageing fleet of 280 of small helicopters. These choppers mainly comprise the Cheetah (Aerospatiale) and the Chetak (Aloutte III).

Both Cheetah and Chetak have single engines unlike two in the modern models that make the latter more reliable in emergencies. The machines also lack autopilot, weather radar, duplicity of systems and on-board computer for engine control.

Meanwhile, the state-owned Hindustan Aeronautics Limited (HAL) has produced and tested a home-grown Light Utility Helicopter (LUH) and offered it as a replacement for Cheetah and Chetak. However, the Indian Army has been skeptical of HAL's capability to deliver on time.

This clash of interests has been put to a course correction by the Government's move to have ‘Make India initiative' by getting LUHs manufactured in India with full technology transfer from Russia. Under this arrangement, a total of 200 Ka-226T Helicopters are to be supplied by the Indo-Russian joint venture (JV).

© Photo : Facebook/Hyperloop Transportation Technologies
India May Become First Country to Try Out Superfast Hyperloop Transportation
"The cost details and timelines for delivery of the first batch of helicopters will be worked out after the formation of JV and signing of the contract on delivery. In addition to manufacturing Kamov Helicopters and its spare parts, the JV shall also establish its repair and overhaul facilities in seven years from the date of supply of first batch of helicopters," says Subhash Bhamre, India's Minister of State for Defense.

The Chetak and Cheetah light utility helicopters are considered the lifeline for army formations and troops deployed at icy heights, especially the Siachen Glacier, the world's highest battlefield. Due to the arduous terrain of India's Eastern and Northern borders, this class of helicopters is essential for maintaining enhanced defense preparedness and operational readiness, but the flying machines have become almost archaic considering the outdated technology they are based on.