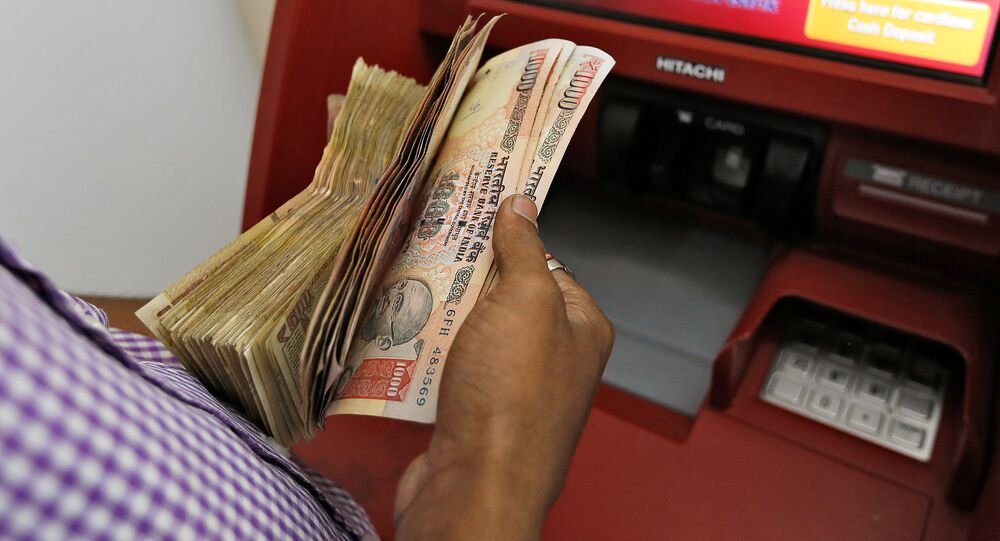 Indian PM Narendra Modi’s sudden demonetization has not just hit the locals but all diplomatic missions as well. The discomfort being felt by envoys burst open when the Russian Ambassador sought the intervention of the Indian Ministry of External Affairs.

© AP Photo / Channi Anand
India Approves $ 300mln Fund for Refugees From West Pakistan
New Delhi (Sputnik) — The Russian envoy's complaint of an acute cash crunch is not an isolated case. All the embassies in New Delhi are feeling the pinch because of India's demonetization process.

The Russian ambassador Alexander Kadakin has written to the Indian Ministry of External Affairs about the cash crunch their mission is facing since the demonetization began on November 8.

Kadakin has urged the Ministry of External Affairs to intervene so that the restrictions for diplomatic corps must be lifted.

The Indian government has fixed Rs 50,000 per week as the withdrawal limit from banks for foreign missions since the demonetization of Rs 500 and Rs 1000 notes on November 8.

© Wikipedia / Sgt. Jose E. Guillen
US, India Ink $737 Million Weapons Deal for Ultralight Howitzers
The Russian embassy in Delhi has staff strength of around 200 and is therefore the withdrawal limit of Rs 50,000 per week has created financial difficulties for them.

Ministry of External Affairs sources told Sputnik that concern has not been expressed only by the Russian envoy but other diplomats have also raised concern about the cash crunch their missions have been facing due to demonetization.

Diplomatic missions of Kazakhstan, Ethiopia, Sudan, Ukraine and other have expressed concerns on cash withdrawal restrictions set up by the Indian banks as per the directives of the Indian Finance Ministry. The Sputnik correspondent talked to some of the envoys who told on the condition of anonymity that, "that these restrictions violates the spirit of the Vienna Convention. At least, the Indian government should think about the problems of the missions and how they will meet their expenses."

The Ministry of External Affairs sources told Sputnik that, "many diplomats had pleaded for access to more funds for smooth functioning of their missions as they are unable to meet their expenditure under the current withdrawal limits. Some foreign missions had also expressed concern over problems in exchanging old notes."

"We had referred this matter to the inter-governmental committee set up under the Finance Ministry and asked the committee to look into the issue," the sources said.