Problem of Divided Korean Families Should Be Addressed Urgently - UN

The UN human rights office report siad on Wednaesday that the problem of separated families on the Korean peninsula should be addressed in any case. 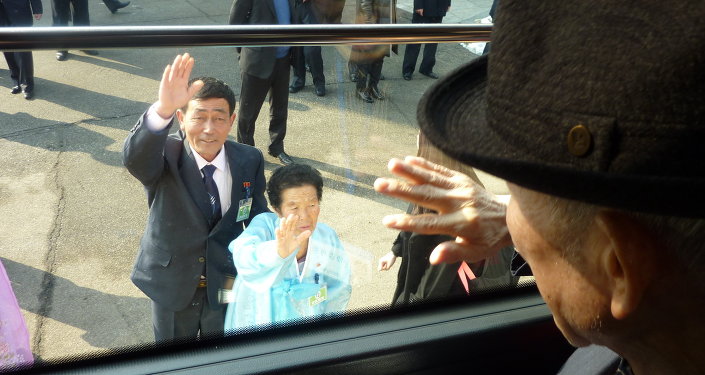 © AFP 2019 / FILES
North, South Korea to Hold Family Reunions in October
MOSCOW (Sputnik) — The problem of separated families on the Korean peninsula should be addressed as a matter of urgency especially since many victims involved are of advanced age, the UN human rights office report said Wednesday.

The report, which summarizes stories of families divided since the 1950-1953 conflict between North Korea and the South, states that both countries are responsible for resolving the problem. The report recommends allowing free contacts between people of the two countries, publishing lists of individuals missing since the Korean War, protecting people who leave North Korea from trafficking and other crimes.

"The emotional, psychological, social and economic toll of involuntary separation persists to this day, as people continue to search for the truth and for contact with their loved ones," UN High Commissioner for Human Rights Zeid Ra'ad Al Hussein said presenting the report.

© Sputnik / Prihodko
Resolution of N Korea Nuclear Issue to Promote Development of Russian Far East - Seoul
The report also urges North Korea to locate and return abducted people and stop hindering the country’s citizens from communicating with the rest of the world.

"This report looks at past and present-day forms of involuntary separation and outlines a practical and humane approach to family reunification. These people are not just statistics; they are not a faceless mass of victims caught up in the sweep of history. They are individuals with their own, unimaginable, stories of suffering – a suffering that remains as acute as ever despite the passing of years," the high commissioner said.

Since 1953, almost 130,000 individuals from South Korea had been registered for reunion with their families in the North, but more than half of them died without seeing their loved ones, according to the report. Among those who are waiting for the reunion to happen about 55 percent are over 80.