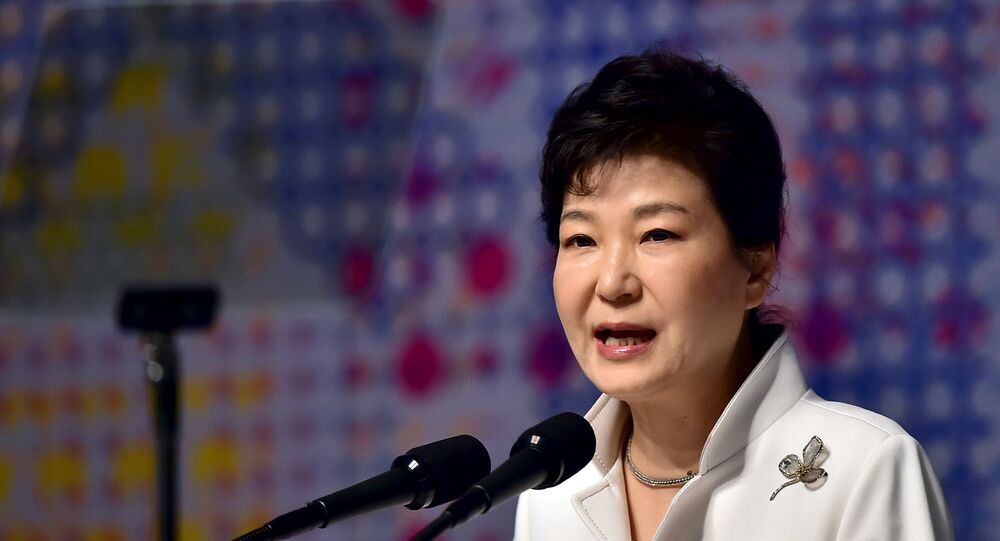 South Korean President Park Geun-hye will wait for Constitutional Court's decision if parliament endorses her impeachment motion amid political and corruption scandal, a representative of the ruling Saenuri Party said on Tuesday.

MOSCOW (Sputnik) — Earlier in the day, the president held talks with Lee Jung-hyun and Chung Jin-suk, the chairman and the floor leader of Saenuri, apologizing again for the incident.

"If the impeachment motion is passed, I am ready to remain calm and composed for the country and the people," Chung quoted Park as saying, according to Yonhap news agency.

Chung also added that the president expressed her readiness to follow all necessary procedures should the motion pass.

Political scandal around the president broke out in late October when media reported that Park allowed Choi Soon-sil, her friend and "shadow adviser," who held no official post, to edit her speeches thus letting her influence the country's policy. Moreover, Choi was suspected of pressuring South Korean big corporations and extorting money from them for her noncommercial funds. A total of $70 million was transferred to the bank accounts of these funds.

On Friday, South Korean Parliament will vote on the issue. A two-thirds majority in the 300-seat legislature is needed for the impeachment process to start.