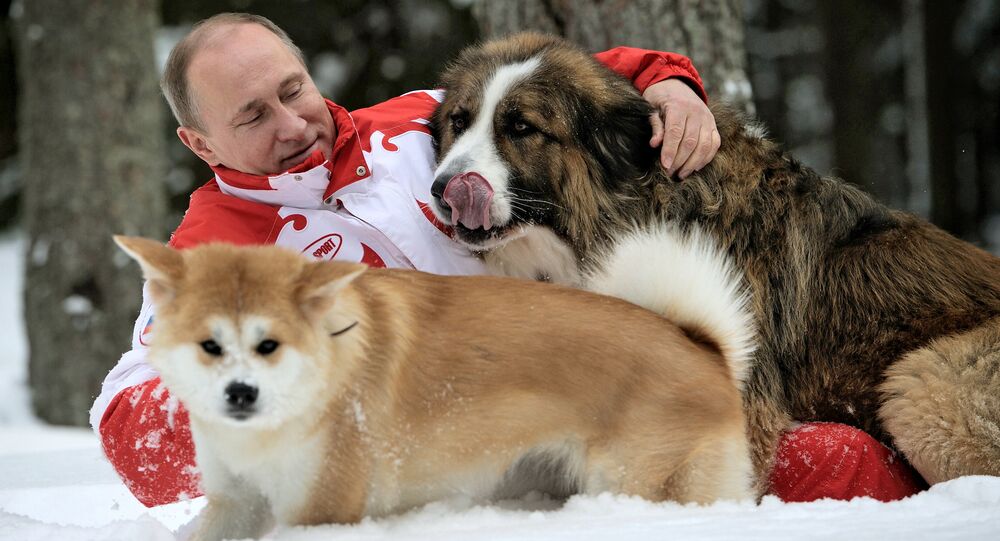 Japan hopes to soften up Russian President Vladimir Putin with "doggie diplomacy" on his visit to the country later this month by presenting him with another Akita dog.

According to Japanese Chief Cabinet Secretary Yoshihide Suga’s speech at an international forum on Akita dogs, held in Tokyo on December 3, Japanese officials are currently negotiating with their Russian counterparts in order to present President Putin with another canine, Japanese newspaper Asahi reported.

When Putin, a well-known dog lover, visited Japan in 2012, he received a female Akita dog called Yume (which means “dream” in Japanese).

The Russian president is planning to visit Japan again on December 15 and this time Japanese government wants to present him with a female Akita dog as Yume’s partner.
However, the Russian government has so far not confirmed that Yume wants a new friend just yet, Suga said.

Putin and Abe Enjoy a Dream Meeting at Talks

Putin Thanks Japanese Official for Dog, Says Will Offer Cat

Japan to Give Putin Akita Puppy