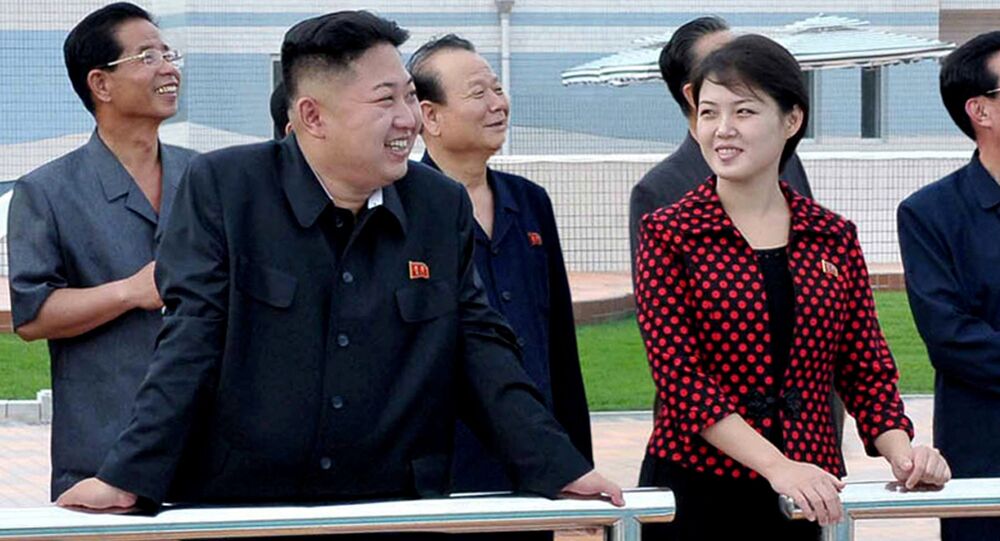 Ri Sol-Ju, wife of North Korean leader Kim Jong Un, made a rare public appearance at an air combat training competition, the country's media reported December 4, the first time she has been seen in public in many months.

The couple watched the air combat competition conducted by the Korean People's Air Force and Defense (KPAF), according to the Korean Central News Agency (KCNA).

It was Ri's first public appearance after a nine-month-long absence. The last time she attended a public event with her husband was March 28. Her long absence had led to rumors about a possible pregnancy or a falling out with Kim.

She may also be under guard because of reported instability in Pyongyang. Toshimitsu Shigemura, a professor at Tokyo's Waseda University who studies Pyongyang's leadership, said in October: "There have also been reports of instability in Pyongyang and even of several attempted attacks, including by factions in the North Korean military, against Kim last year. It is possible that Ri has not appeared in public because she is being closely guarded."

© AP Photo / Korea News Service
Oh, Pretty Woman! North Korean Leader’s Wife Inspires Boom in High-Quality Cosmetics
KCNA reported that the participants of the performance demonstrated a high degree of tactical prowess and ability to defeat all foes in a real combat environment. After the competition, the North Korean leader emphasized the importance of being ready to strike the core of the enemy at any time if such an order is given.

Kim and his wife appear in public together more often than his predecessors, though such appearances are still rare. Kim's father and grandfather used to keep their wives away from the public eye.