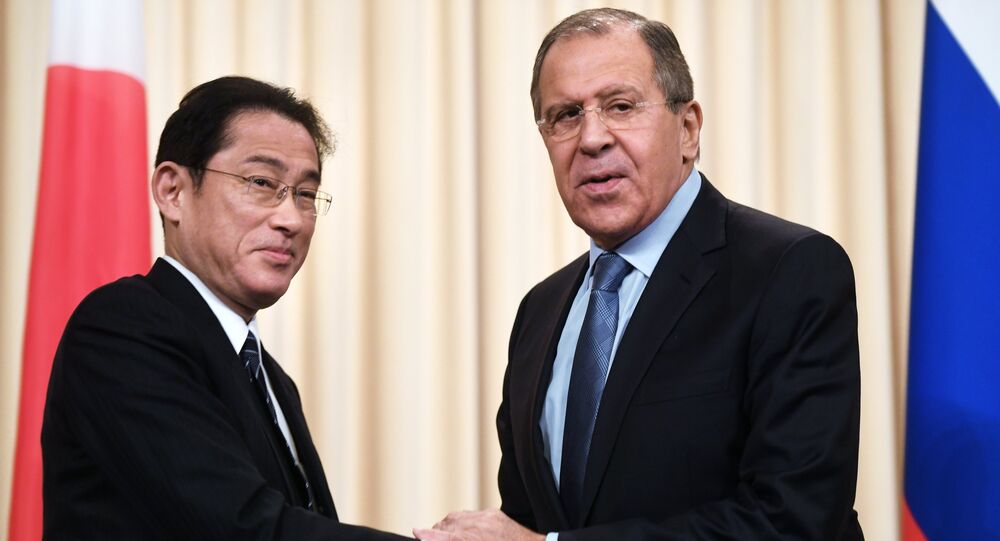 Russia's top diplomat described Moscow-Tokyo cooperation as being important for the security of the the Asia-Pacific region.

"We regard Russian-Japan cooperation as an important factor in providing security and stability of the Asia-Pacific region," Lavrov told reporters after talks with his Japanese counterpart Fumio Kishida.

Lavrov also noted that he was satisfied with the cooperation between the countries' foreign ministries and security councils.

Dialogue between the foreign ministries of Russia and Japan has been renewed after nearly a four-year hiatus, with plans for consultations to be held next year being coordinated.

Lavrov dampened hopes of a soonest peace deal with Japan, saying there would be plenty of details to work out if the countries ever come this far.

"It’s not an easy thing to do, it requires thorough, continued work. Media hype that is at times confrontational and on other occasions too sure about immediate progress does not help."

However, there are points of convergence between Russia and Japan on how to reach a post-WWII peace treaty and the roadmap is already set out, he noted.

"The main point is characterized by our leaders’ clear resolve to find a mutually-acceptable solution that would accommodate both Russia and Japan’s interests and be welcomed by both nations," Lavrov vowed.

"If it ever comes to the implementation of the [Soviet-Japanese] Declaration of 1956, we will have to agree a lot of details of how to adopt the measures stipulated in this declaration," he added.

Russia, Japan Have Difficulties in Bringing Together Positions on Peace Treaty