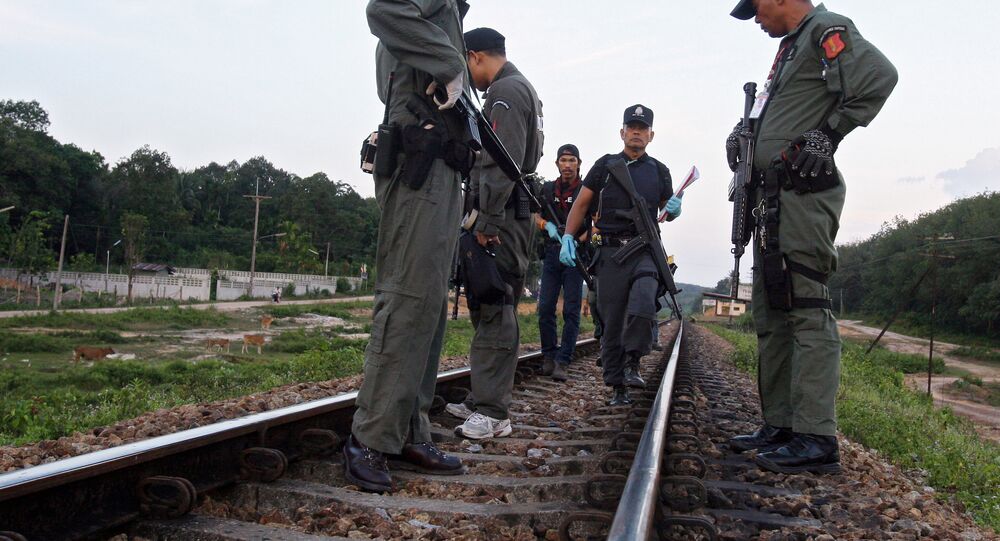 Three soldiers were wounded and one killed on Wednesday as a result of a homemade bomb explosion in southern Thailand, local media reported.

MOSCOW (Sputnik) – According to the Bangkok Post newspaper, the improvised explosive device was detonated remotely when four servicemen on motorcycles were passing by.

The gas container, packed with explosives, was placed beside a road, leading to a checkpoint, located in Yala, southern province of Thailand, according to the newspaper.

A soldier was killed, three others wounded, one seriously, in home-made bomb explosion in Yala #ThaiSouth #Thailand https://t.co/cZHcatJG2T pic.twitter.com/p3ojh93WiF

​Thailand's southern-most Narathiwat, Yala and Pattani provinces are majority-Malay and predominantly Muslim, while the rest of the state’s provinces are mostly populated by Buddhists.

​The southern region has seen a low-level insurgency since the 1940s, but violence escalated in the early 2000s, claiming over 6,500 lives in the course of more than ten years. The provinces have been in emergency regime since 2004 due to activities of the separatists, who want to restore the formerly semi-independent Sultanate of Pattani.

Blast at Market in Southern Thailand Kills One, Injures at Least 16