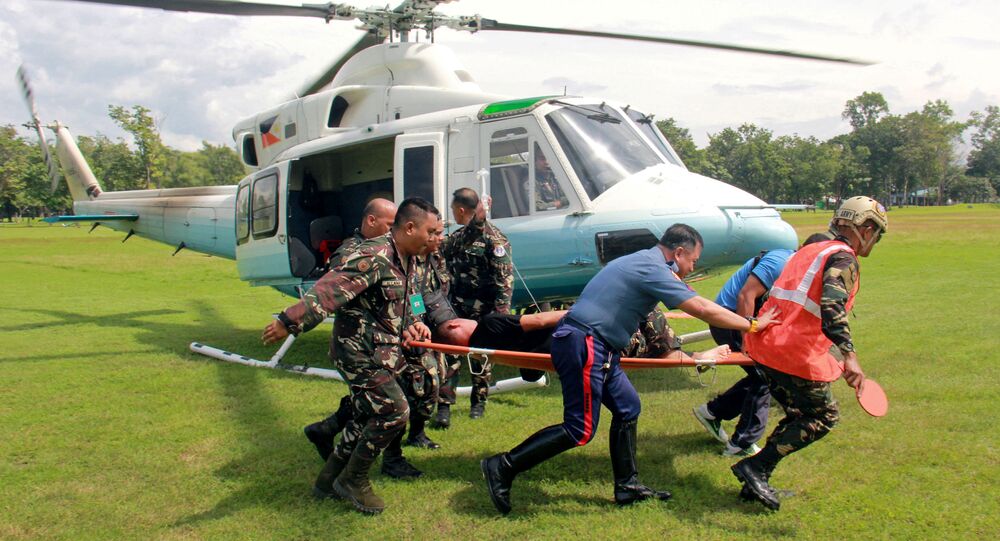 Philippine President Rodrigo Duterte's bodyguards were injured in a militants' attack on the presindential convoy.

Seven Duterte's bodyguards and two soldiers were injured in an attack by suspected Islamist militants ahead of his planned visit to the south of the country, AFP reported citing the president and the Armed Forces.

"My advance party was ambushed a while ago. The Presidential Security Group was hit by an IED [improvised explosive device]," Duterte said.

© AFP 2021 / Ted Aljibe
Duterte Ready to Dispel Human Rights if Daesh Comes to Philippines
According to the Philippine Defense Ministry's spokesman, a bomb hit the soldiers' convoy in the region where the Maute militant group that had pledged allegiance to Daesh operated.

"But I'm going there. The advice was to postpone it [the visit], but I said no. We are taking the same route if possible," Duterte said.

As a result of the attack in the city of Marawi, local soldiers and presidential communication office's staff members were also wounded.

Currently, the Philippine forces conduct an operation in the Lanao del Sur province against 300 armed militants of the Maute group, which have gained control over several districts of the city of Butig.