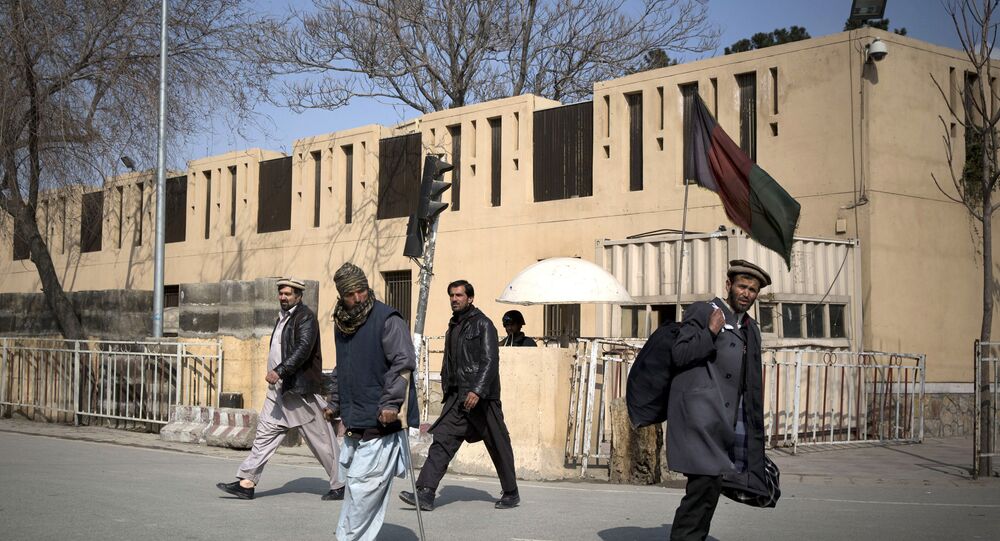 Total of 1 Mln People Internally Displaced in Afghanistan in 2016

One million Afghan people are internally displaced as of late November 2016, the World Food Programme (WFP) said in a report on Monday.

© REUTERS / Abdalrhman Ismail
Situation in Aleppo Fluid, UN to Start Evacuation When Safety Ensured - OCHA
MOSCOW (Sputnik) — One million people in Afghanistan, including returnees to the country, are internally displaced as of late November 2016, the World Food Programme (WFP) said in a report on Monday.

"There are now one million people on the move in Afghanistan. UN OCHA has reported that over 485,500 Afghans have been displaced by conflict in 2016. For the first time, all 34 provinces in Afghanistan are hosting internally displaced people," the report said.

The WFP said it has launched biometric data collection of returnees in its transit center in the Afghan city of Torkham to ensure that the beneficiaries get necessary aid. Through November 28, the organization provided help for 46,640 undocumented returnees, 67,990 internally displaced people and 39,330 refugees.

World Food Programme is UN's largest humanitarian agency fighting hunger worldwide. Afghanistan has been mired in the conflict for almost 35 years. The country's population suffers from poverty and the lack of basic needs.