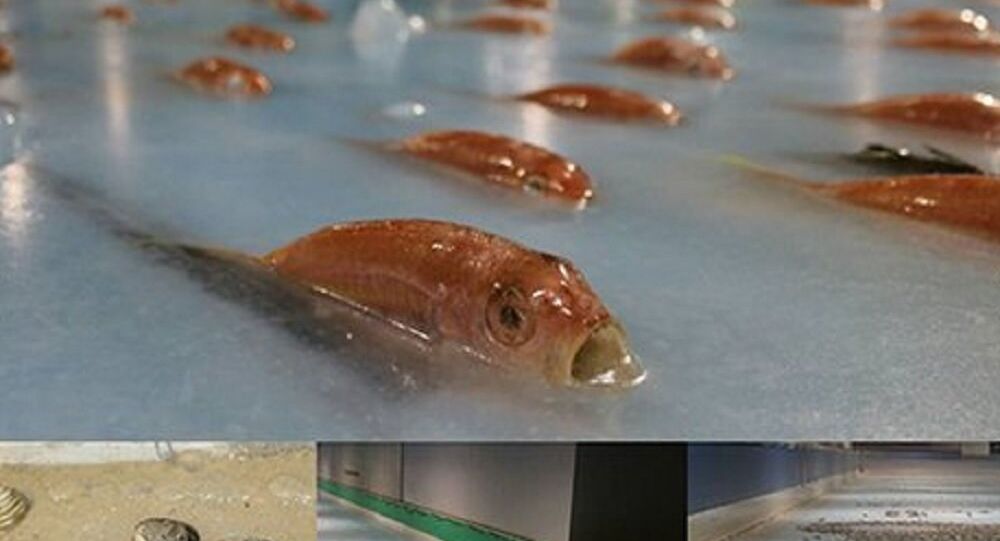 A Japanese amusement park which displayed some 5,000 dead fish frozen in the ice in its skating rink was forced to close the rink after people complained online.

Space World theme park in Kitakyushu City in Fukuoka Prefecture opened the skating rink on November 12. Some 5,000 fish from 25 different species were frozen into the ice as an educational attraction for children and as a decorative effect, according to local media reports.

The name of the attraction was “Ice Aquarium” and the idea behind it was to give its visitors the feeling of skating on the sea and encourage them to learn more about sea life.

Before opening the skating rink Space World started posting preview photos on its Facebook page, immediately sparking uproar. Users slammed the attraction as “vulgar,” saying the park “should not turn life into a toy” or “waste so much food.”

On Sunday, Space World’s managers announced that they had been forced to close the skating rink because of the many critical massages they had received via social media and direct mail.

Now any information about the attraction on the park’s website and social media pages has been deleted as well as the comments.

According to official information, all the fish was bought at fish markets and much of it was waste product because it did not meet consumption standards.

Space World advertised its attraction as the “world’s first” of its kind, and probably it will be the world’s last.

X5 Cleans Ice Rink With a Rug... Only in Russia!