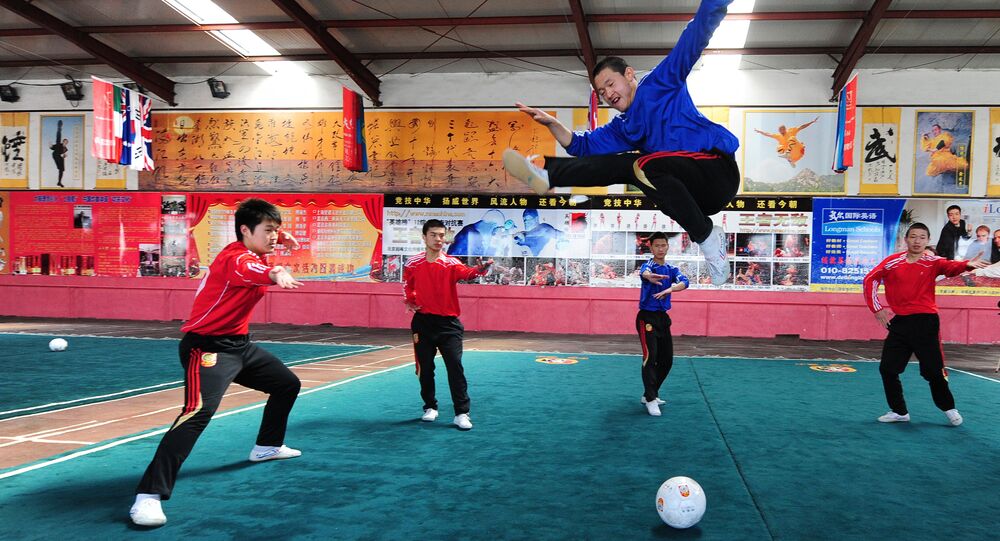 Youtube / VVVube
Karma Strikes! Kung Fu Master’s Trick Ruined by TV Host
A teenager was doing cartwheels on a soccer field. All of a sudden, a coach asked the boy to kick him in the gut.

This is no normal soccer school, it is the Tagou Kung Fu Academy in Henan Province. Starting last year, it launched a new program to combine kung fu and soccer.

The academy is located only 500 meters from the Shaolin Temple and it's a leading institution of Shaolin-style kung fu. Many graduates of the school have gone on to becoming medal-winning kung fu stars in China and abroad.

Liu Haike, Tagou's principal, told Tencent News he thinks the acrobatics and flexibility of kung fu can be mixed with sports to great effect.

Three Spaniards arrive at Shaolin Tagou Wushu School to work as soccer coaches for what Shaolin expects to develop into "Kungfu Soccer" pic.twitter.com/6S9zNHpZVm

China is focusing on raising soccer players at this stage, vowing to have 50 million people playing soccer by 2020. The school is merely responding to that call, Liu said.

About 100 students are already in the program. The school is also hiring soccer coaches from abroad to come train the students.

Some compare this training base to the 2001 film Shaolin Soccer, in which the characters fly through the air and win matches 40-0.

Some netizens argue this method will never produce soccer stars.

"There are red cards in an actual soccer game, you know," one wrote on Weibo.

But coach Sun Dawei is optimistic. "We are the number one kung fu school," he told Reference News. "We have faith we can also become the number one in a different field."

This article was orginally published by the Global Times.